You are here:
October 1, 2019True Love StoriesBy Getting Married-NI 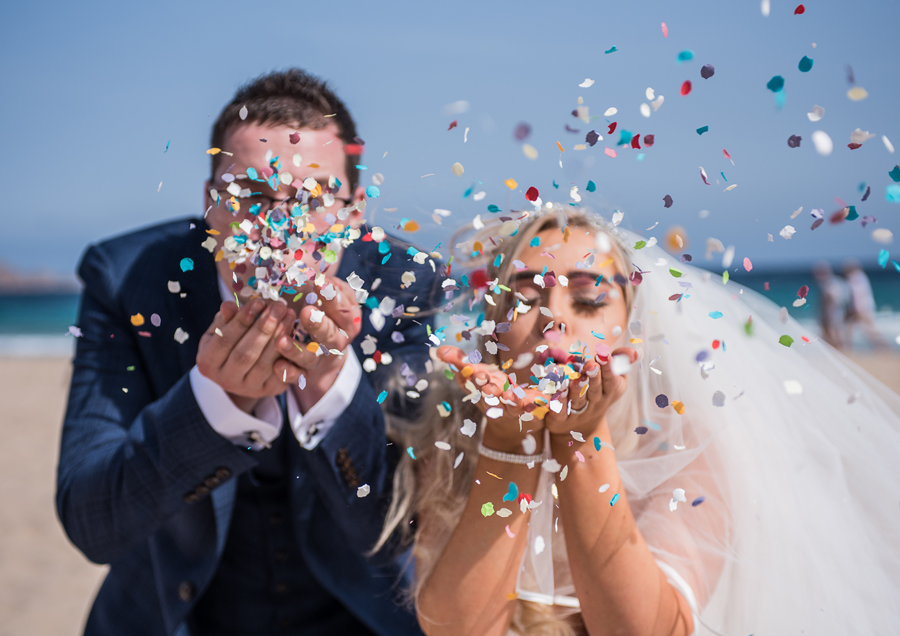 The photographs taken on the beach at the Spanish resort of Benidorm will be a permanent reminder of a wedding day that was really special and unique for Melissa and Jordan.

The couple, who met when they were teenagers, married on the rooftop of the Gran Bali Hotel in the Spanish resort and Melissa, a 21-year-old shop assistant from Magherafelt, said the photoshoot on the beach after the ceremony was a highlight of her day.

Melissa met Jordan, 23, an event organiser, through mutual friends when she was 14 and Jordan was 16.

Jordan dropped on one knee to propose as the couple walked along the beach in Salou Spain on June 6 2017. “My ring is big and sparkly, with lots of diamonds on it. It was from Faith Jewelers in Craigavon,” Melissa said.

Melissa’s mum had spoken to Bernie, the owner of Perfect Day in Lurgan, about the type of dress Melissa would want, and when Melissa attended a showcase at Perfect Day, Bernie brought a dress she thought would fit the bill out as part of a catwalk show. “I immediately fell in love with it. It was the only dress I had tried on and it was the dress that Bernie said was the dress for me,” Melissa said. “As soon as I tried it on I knew it was the one. All my family cried which is how I knew everyone loved it!

“I loved every moment of the experience. The girls in Perfect Day were so amazing. Melissa bought her bridesmaids’ dresses from Quiz. “I fell in love with the colour and knew the style of the dress would suit all my bridesmaids,” she said.

Maid of honor was her sister Jamie. Sister Danielle and sister-in-law Nicole were bridesmaids, and the two flower girls were Melissa’s sister Lily-ann and her niece, baby Ella. The flower girl dresses came from a local boutique called Sara. The groom’s party wore outfits from Skopes in Debenhams. And the party was made up of best man Stefan, (best friend), Lee (the groom’s brother), and brother-in-law Mark. Ushers were the bride’s brothers Liam and Jack and pageboys were Melissa’s little brother Harry and nephews Carter and Mason. 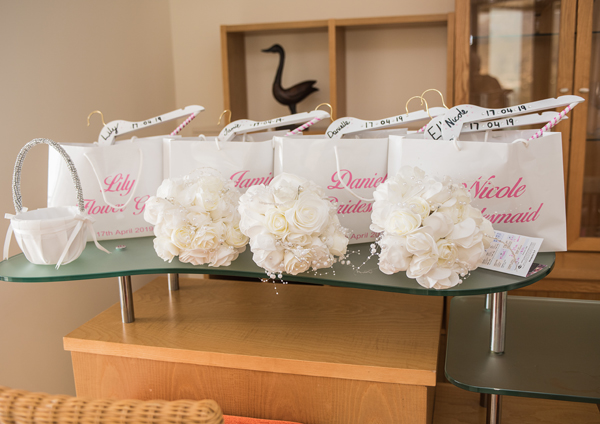 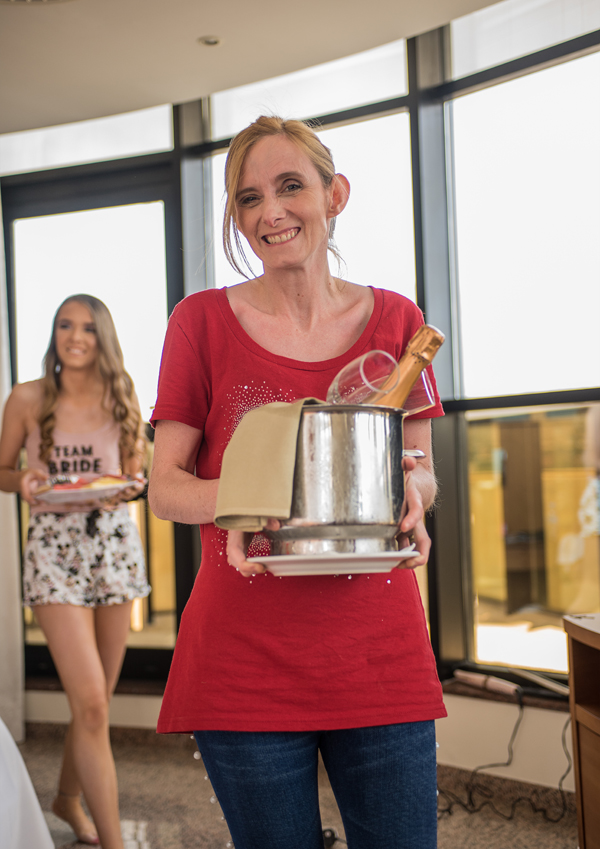 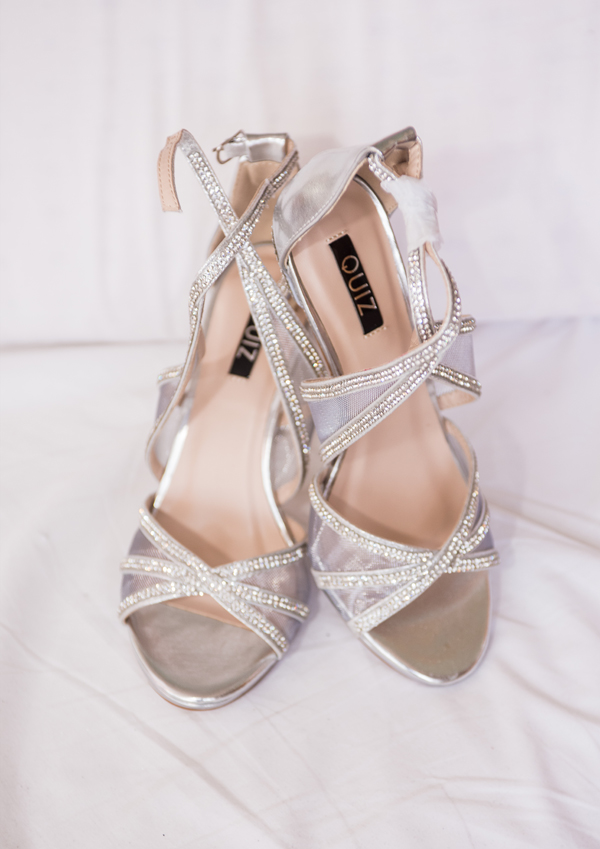 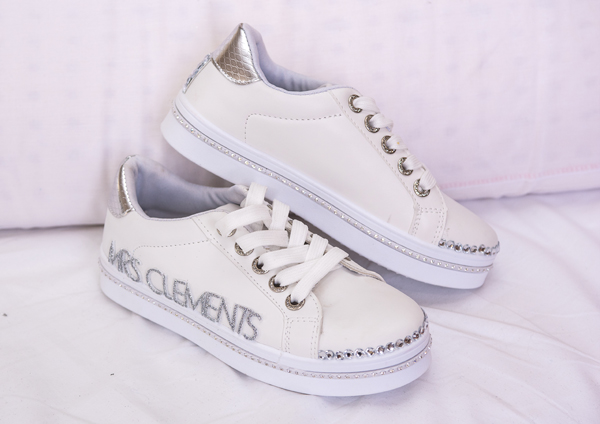 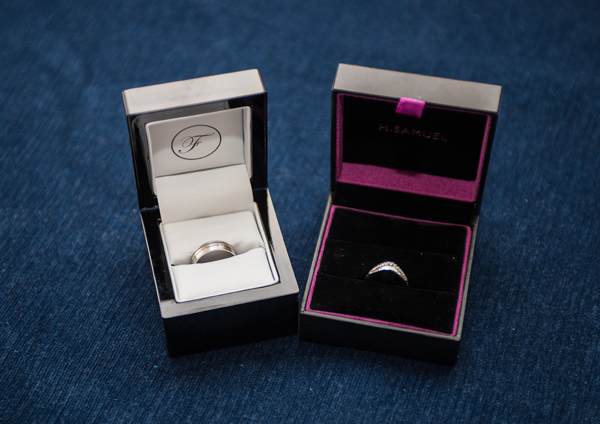 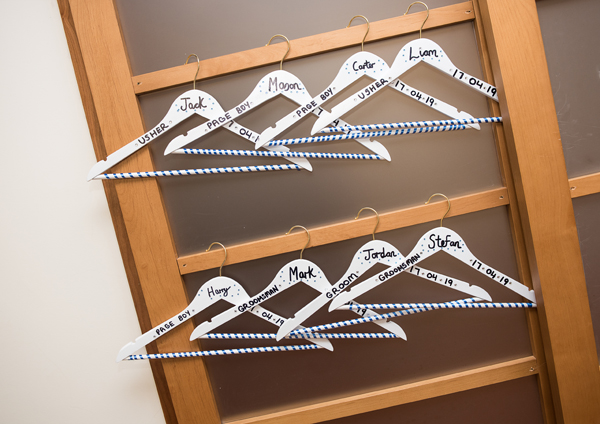 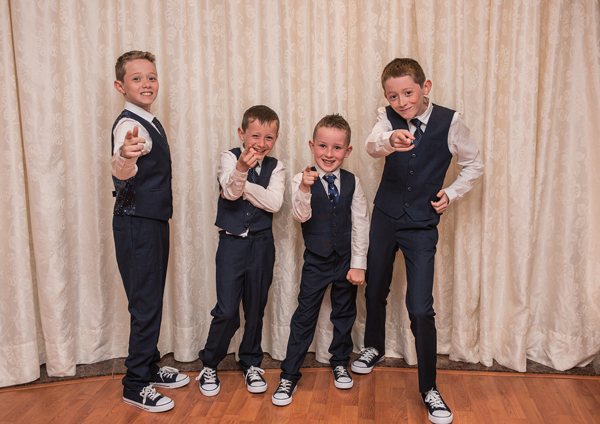 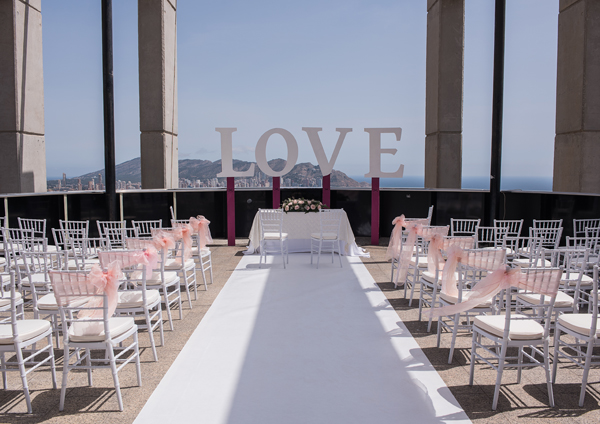 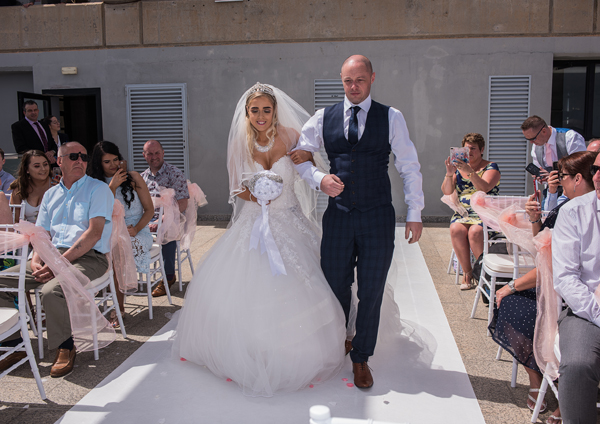 “The best part about planning our wedding was the few trips we took to Spain to choose our venue and then return twice to plan the wedding with the hotel,” the couple said.

“The most stressful part was having to communicate through email with the hotel in Spain as there was a small communication barrier. The hotel planned most of the wedding, so we didn’t have to go through suppliers for different things. The hotel did not disappoint and we couldn’t have asked for a better team of people planning our wedding.”

After the wedding ceremony on the rooftop of the Gran Bali Hotel in Benidorm on April 17 2019, the 51 guests enjoyed a reception in the hotel.

The couple said the day had gone exactly as planned, and they had stuck to their budget.

A special feature was Spanish canapes between the ceremony and the meal, although a number of guests got stuck in one of the lifts in the hotel, and had to walk down 36 flights of stairs, nearly missing their canapes!

Melissa and Jordan’s first dance was to Shallow by Laga Gaga and Bradley Cooper from the movie A Star is Born.

Reflecting on the day, Melissa said: “The highlight for me was going to the beach to get photographs taken as it was an experience I will never forget. The photographer made us take unique photos and not everyone can say they got their wedding photos taken on a beach in Spain.”

Jordan said his highlight was the dinner – caramelized duck and other unique dishes which he would not normally get back home!

Their advice to other couples planning their wedding is to enjoy every minute of it. “You will never have another experience like it. Also don’t let anyone tell you what way to plan your wedding, you do what you want, not what you think other people want because it’s your day,” they said.

Back home, the couple organised an evening party held in the Wild Duck in Portglenone, on April 27. Decor was also by Swift Services and entertainment was by Barney Star Track Disco.”Married life is wonderful, we have bought our own house and we are enjoying the freedom and each other’s company,” Melissa said. 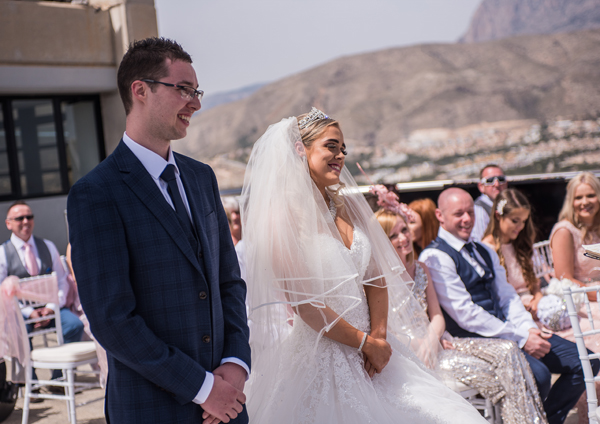 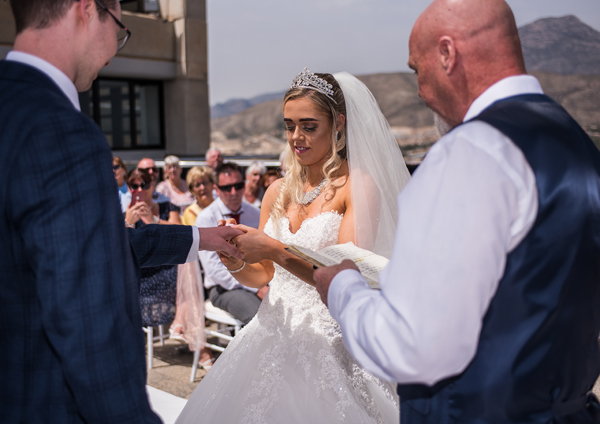 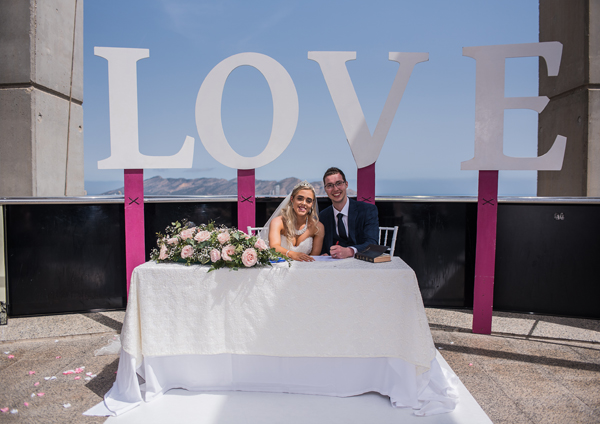 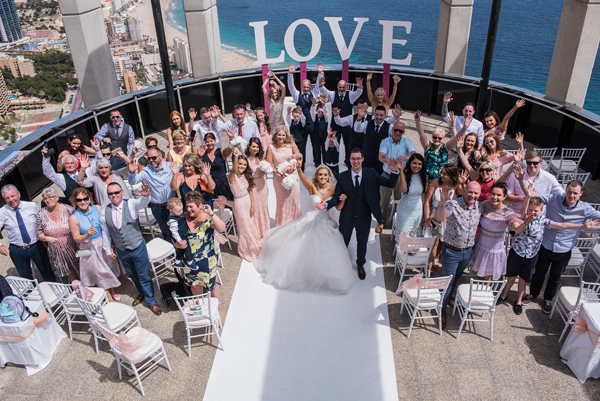 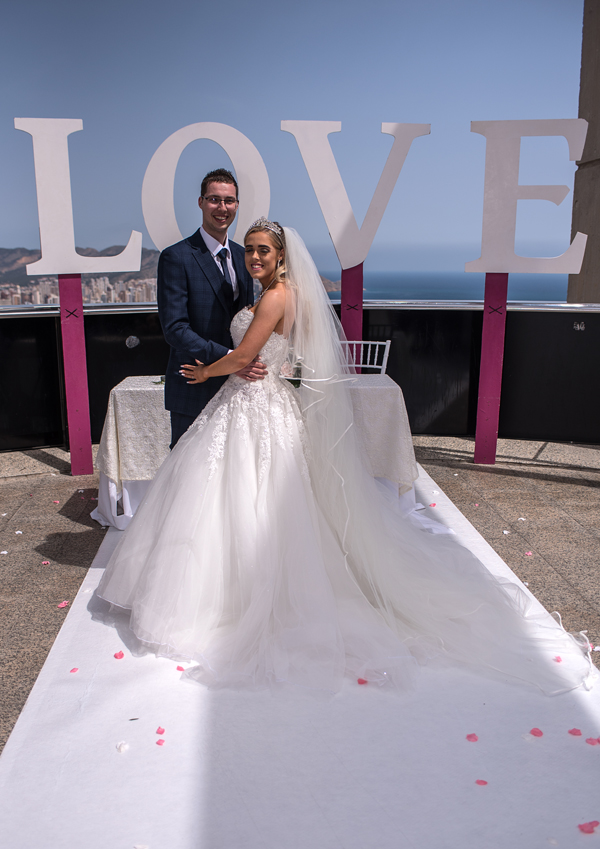 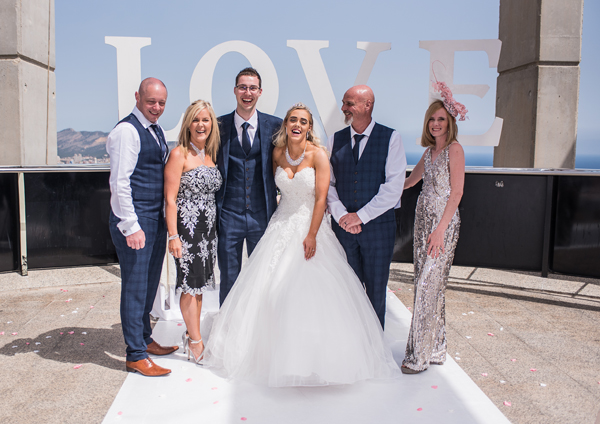 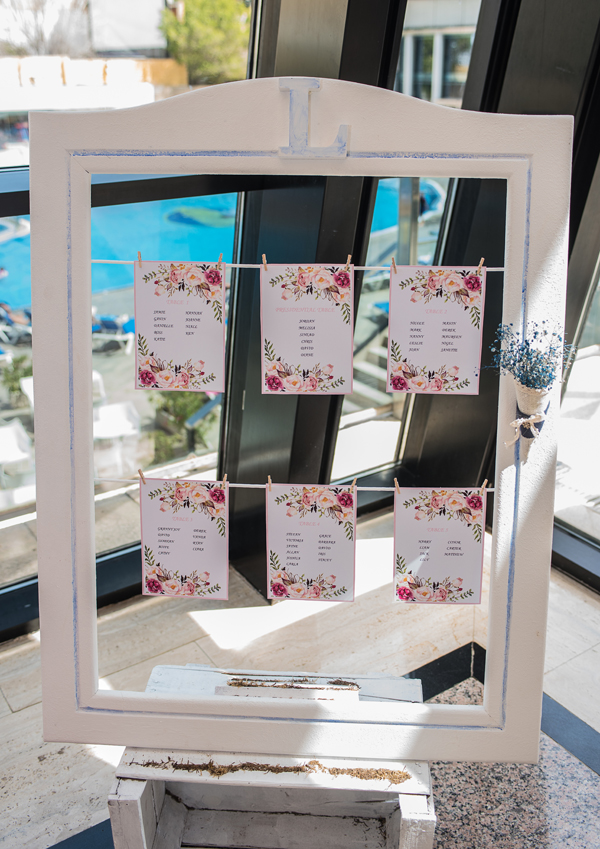 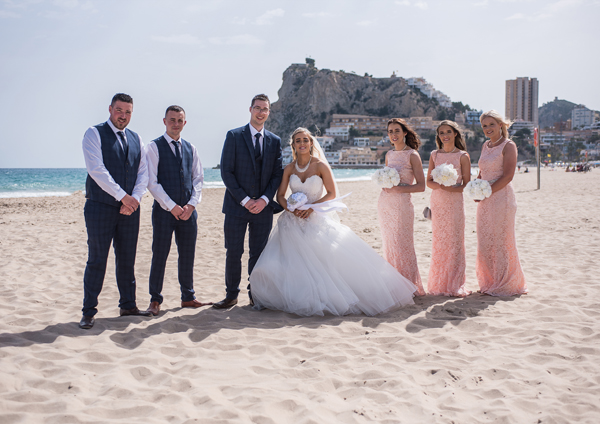 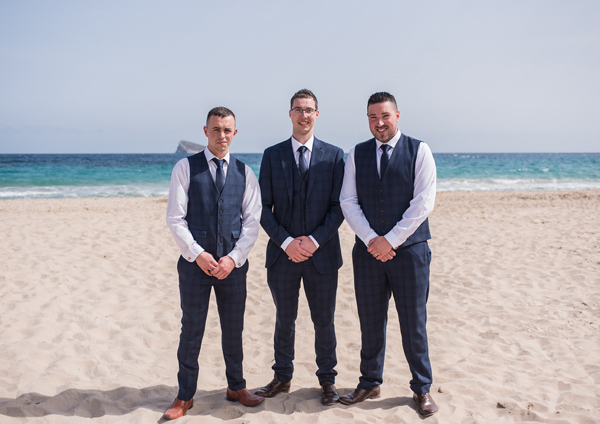 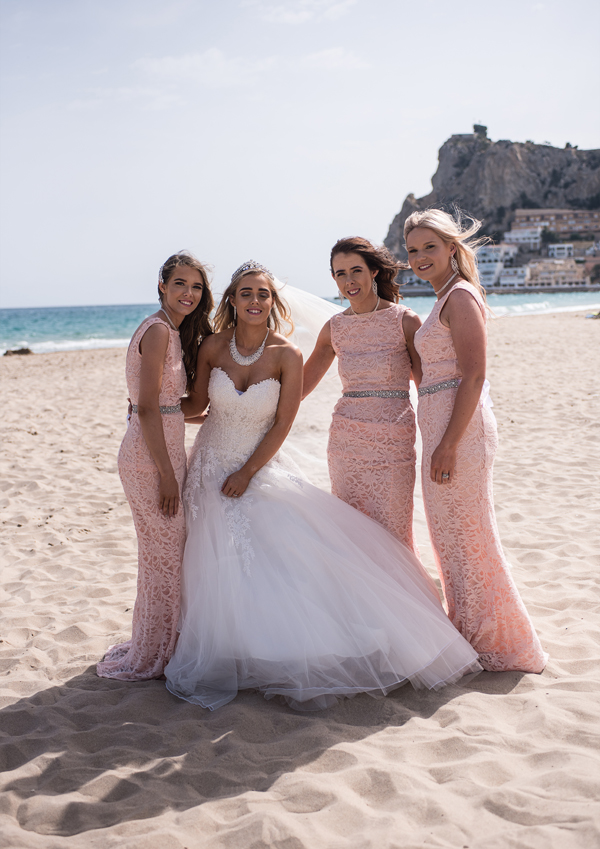 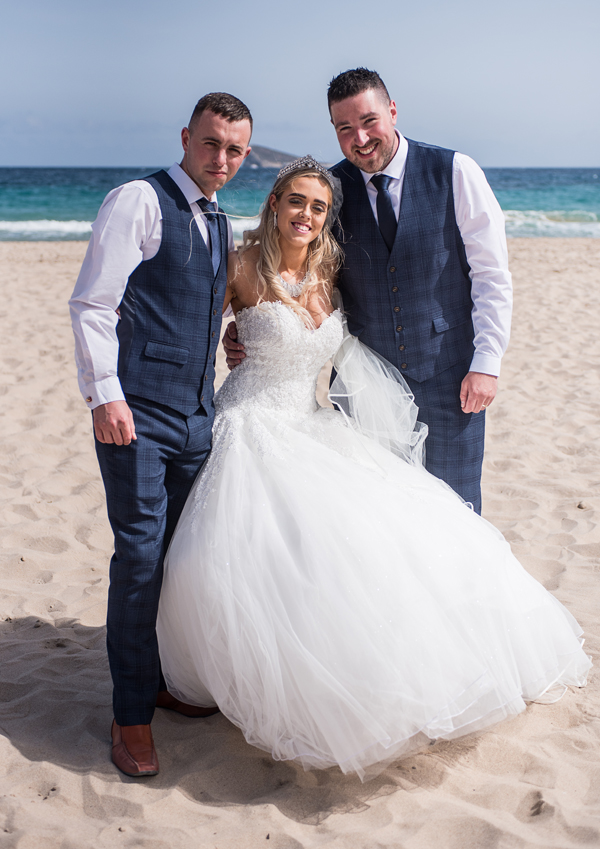 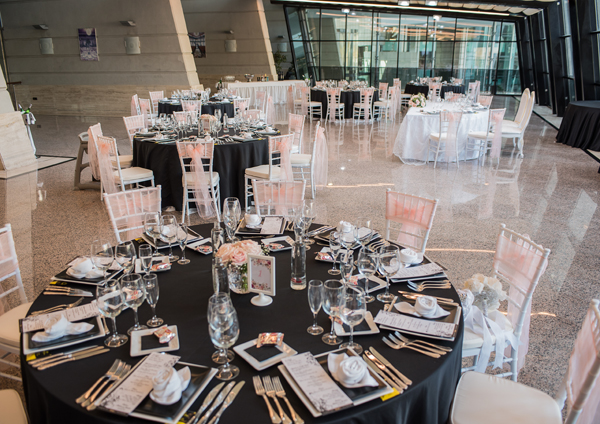 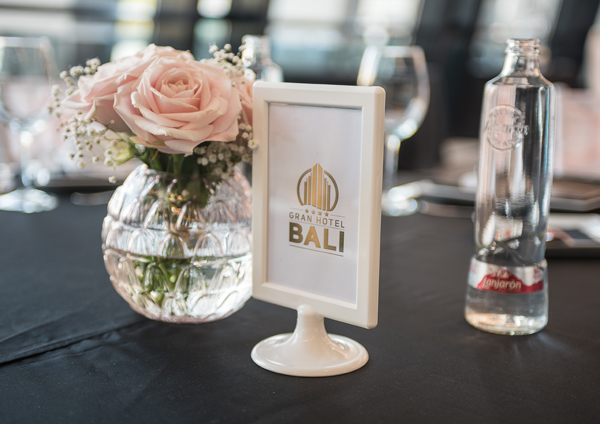 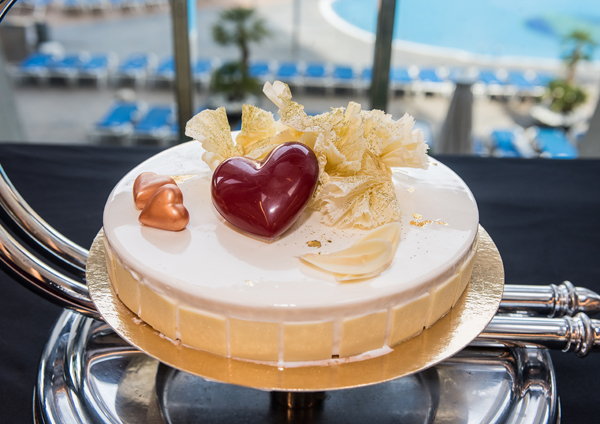 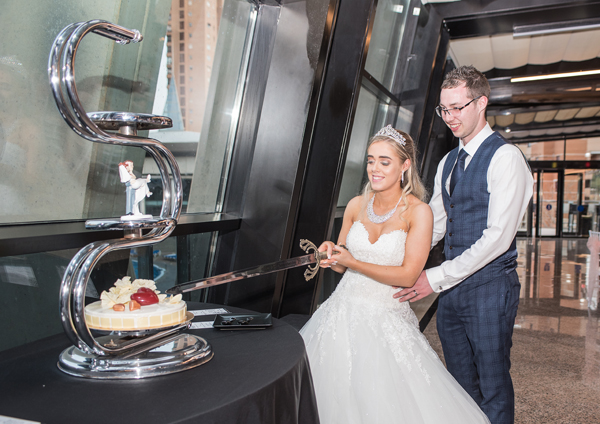 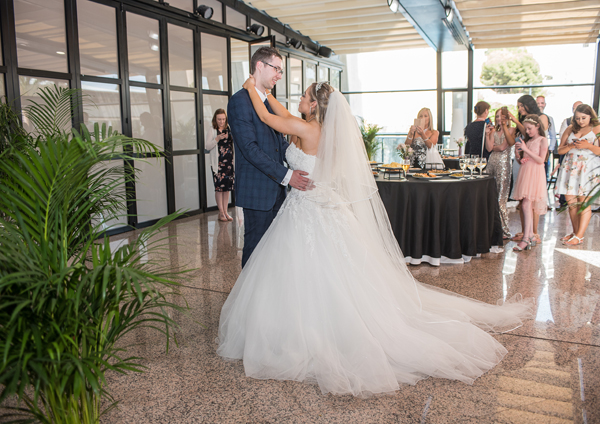