You are here:
July 23, 2019True Love StoriesBy Getting Married-NI 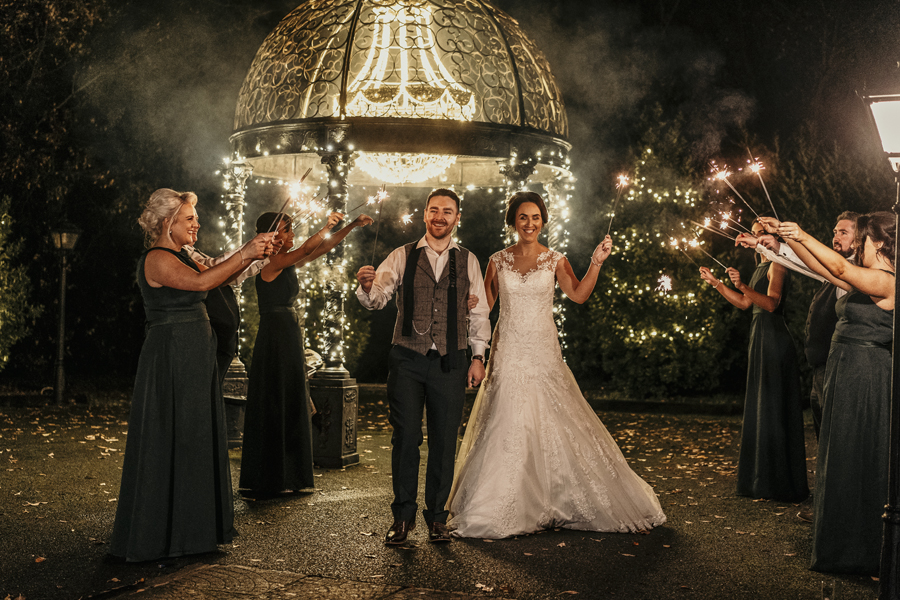 As proposals go, they don’t get more romantic than the night Seán Trainor, a BIM design engineer, popped the question to chartered accountant Ciara Hadden! Although they spent three months back in 2014 searching for the ‘perfect ring,’ and found it in Jack Murphy’s Jewellers in their home town of Newry, Ciara was not expecting the proposal when it came. “As we were saving for our first home I didn’t expect it to happen for a long time,” Ciara, 29, said. “Little did I know Seán had gone back to the jewellers the following week and purchased the ring!” The surprise proposal happened on January 30 2015. Seán, 30, had been working in England for six weeks and booked the couple into the Fitzwilliam Hotel in Belfast as a treat on his return. “The hotel was amazing and set the whole thing up. I didn’t suspect a thing,” said Ciara. “After dinner, the waiter suggested we try the cocktail bar on the 10th floor. As we went down the corridor on the 10th floor (which was all in darkness) I started hearing music and saw a trail of rose petals leading us into a room overlooking a beautifully lit Belfast.
“The room was adorned with candles and rose petals with champagne on ice in the middle of the room. I was still trying to figure out where this cocktail bar was, and as I turned round Seán was on one knee with the ring. He never even got to pop the question as I started crying and said ‘YES’ straight away. It was perfect.”

The couple set a date for November 24 2018, as Ciara was finishing her final Chartered Accountancy exams during 2017, supported all the way by Seán. All the work paid off when Ciara passed her exams in October 2017 and the couple were able to focus on wedding planning. Ciara had won a competition at the Canal Court Wedding Fayre in Newry for 50 per cent off a wedding dress in The Events Boutique, Banbridge, (now Nikki Bridal). She spent a few months looking at dresses in other bridal shops to get a feel for what she wanted, along with her mum and her bridesmaids. “We then went to Nikki’s in Banbridge and I fell in love with the last dress I tried on, my Mummy and myself cried and I knew it was the one,” Ciara recalls. “I loved the whole experience, Nikki was so helpful and made the whole process so easy. I went back to her for my veil, my jewellery which my Mummy bought for me, and the bridesmaids’ dresses. At my parents’ wedding 25 years ago they had dark green bridesmaids’ dresses and I always knew this was the colour I wanted – I liked the idea of a modern version of Mummy’s idea. “
Ciara’s sister Colleen was her maid of honour, and her bridesmaids were her cousin Aishling and her best friends, Judith and Cara. Flower girl was Seán’s niece Grace.
The groomsmen’s outfits were from Debonair in Portadown and the party was made up of Seán’s friends George and Stephen, and his brother David and friend Jason. Ciara’s brother Padraig and Seán’s nephew Jamie were ushers, and Seán’s other nephews Darragh and Jude were page boys. Very sadly, Ciara’s beloved mother passed away the year of Ciara and Seán’s wedding, leaving the couple and their families heartbroken. Ciara’s mum had suffered from breast cancer for nearly 20 years, and it returned for the fourth time in 2017. When it spread she was diagnosed with terminal cancer.
“Mummy was always so strong and we carried on planning the wedding as normal,” Ciara said. “Unfortunately on January 2 2018 Mummy was given six months so Seán and I made the decision to bring the wedding forward and all our suppliers were amazing and so supportive.”The couple set a new date of March 8, but just a week after Ciara’s mum’s final diagnosis, she passed away with her family around her. She was 48.
Ciara said: “She’s the strongest person I’ve ever met and never wanted Daddy, my sister, brother or myself to let her illness get in the way of enjoying our lives. The wedding was moved back to November 24 and we carried on. We were strengthened by knowing that Mummy knew every little detail of the wedding and was there when we picked it all, I even have a caricature of us both from the day we booked it.” 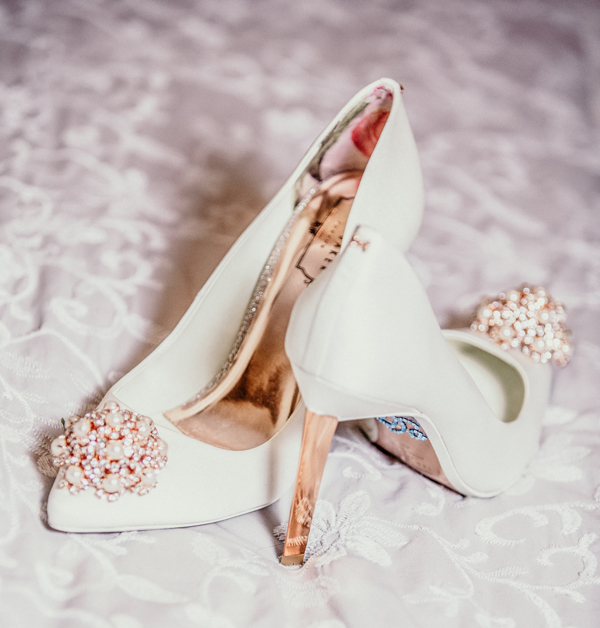 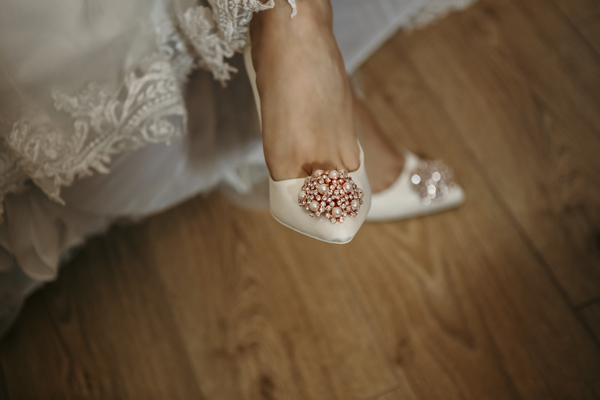 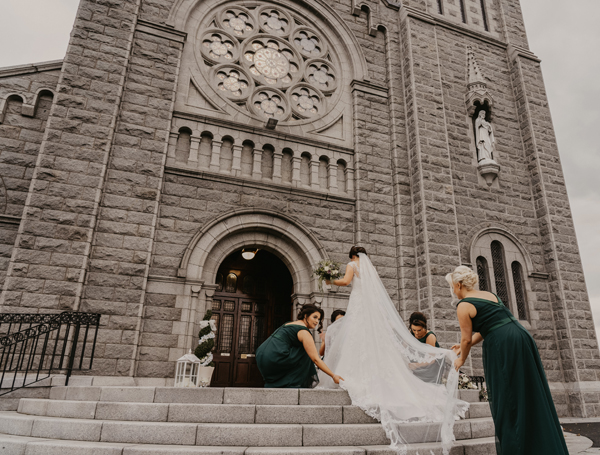 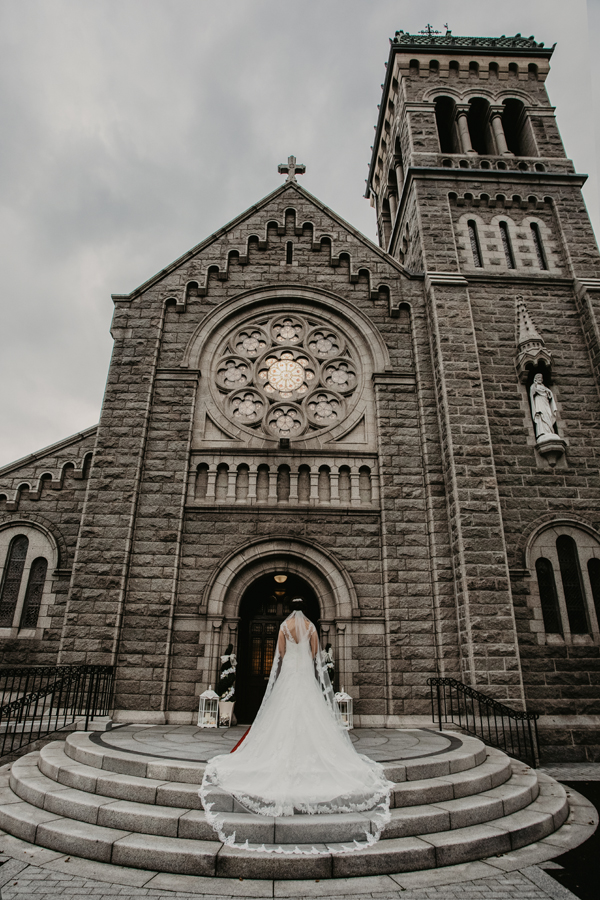 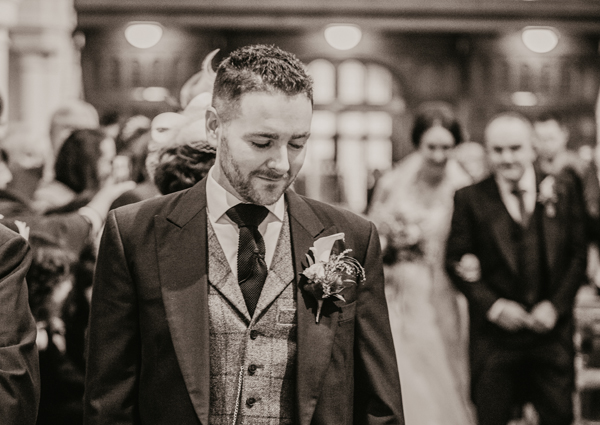 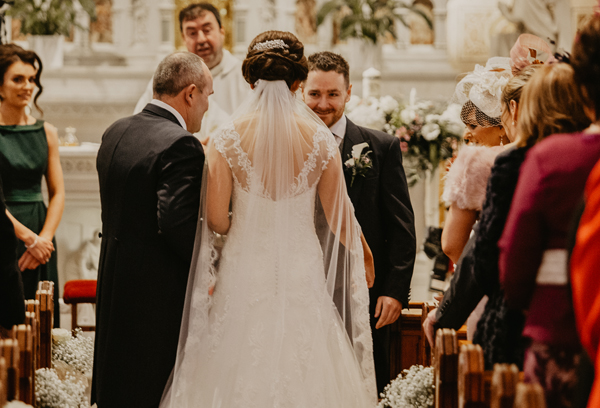 Seán and Ciara married at the Friends of the Sacred Heart Church in Newry, and hosted a reception for 150 guests at Cabra Castle in Co Cavan. “The day went perfectly, it was everything we ever dreamed of and more. The staff at Cabra could not do enough for us, the guests all had a great time, the food and drink were superb and the weather stayed dry!” the couple said. “Our photographers were amazing, making us feel so at ease and comfortable and the result was amazing photos which we will cherish forever.”
They added lots of little touches and entertainment throughout the day to help keep their guests entertained. They made tissue boxes for the chapel saying ‘For your happy tears,’ and had Electric Circus playing music when guests arrived at Cabra, along with cupcakes and a prosecco reception. They also organised a caricaturist for after the meal and had Irish dancers after the band.

The couple took dance lessons and impressed with their moves as they danced their first dance to Elvis Presley’s ‘Can’t help falling in love.’
For Ciara, the highlight of her day was dancing with her Dad and seeing how happy and proud he was. Seán’s highlight was turning around and finally seeing the dress his bride-to be had been talking about for so long.
Being an accountant, Ciara had drawn up a budget before starting to plan the day, but admitted that being a girl who’s always dreamed of a big white wedding, that budget may have been stretched in places! “Looking back we wouldn’t do anything differently,” said Ciara. “There where sad moments because my Mummy wasn’t there to share it, but we went through the day as a family and enjoyed it as she would have wanted and we know she was there in spirit – we had a wee robin following us the whole day.”
The couple advise anyone planning a wedding to invest in a good photographer and videographer. “Your day will go in the blink of any eye but you will always have your album and video to look back on,” Ciara said.
They travelled to Paris for a mini moon, with a three week honeymoon planned for Vietnam and Thailand. 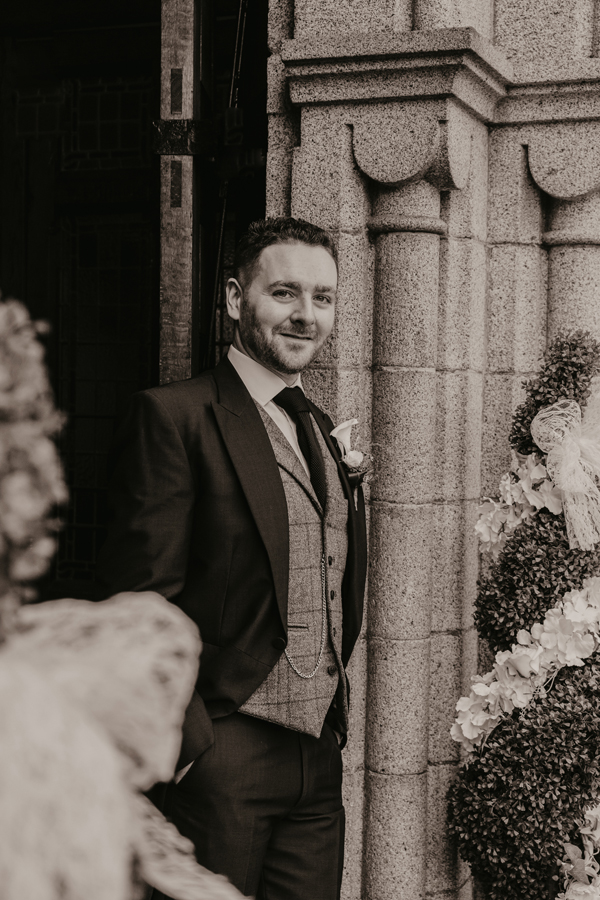 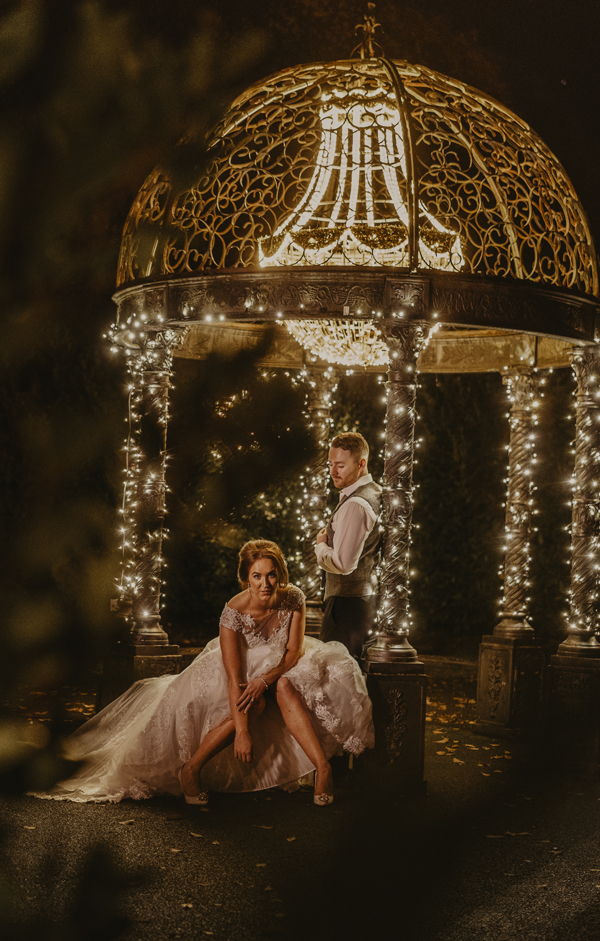 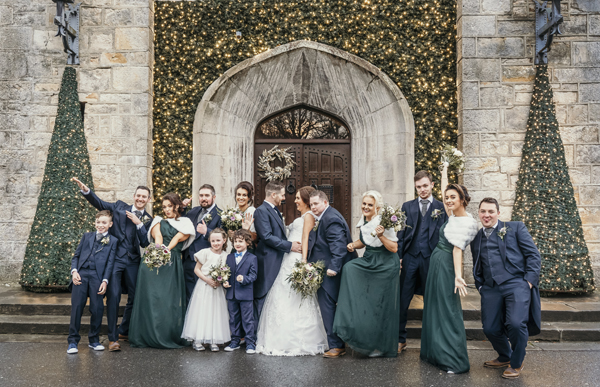 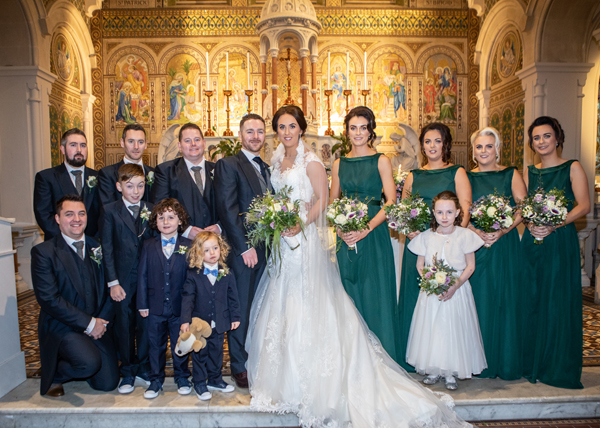 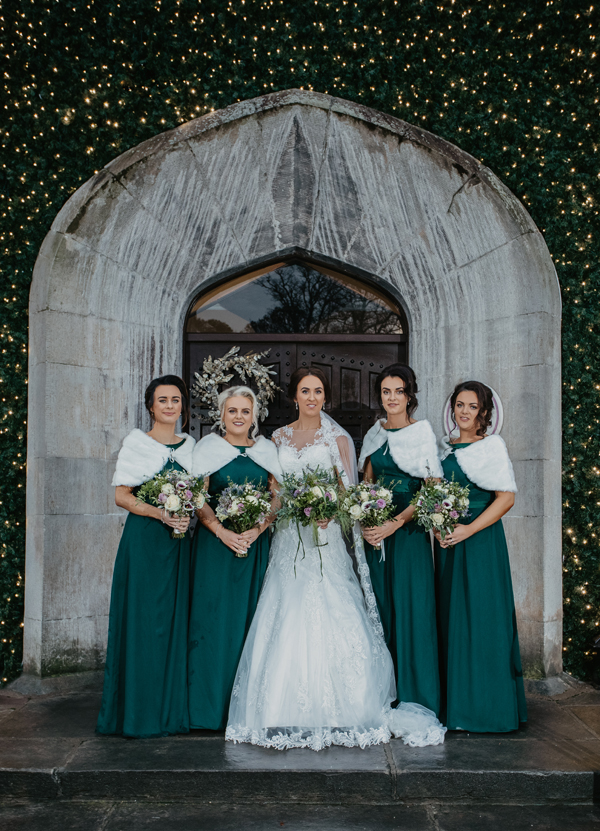 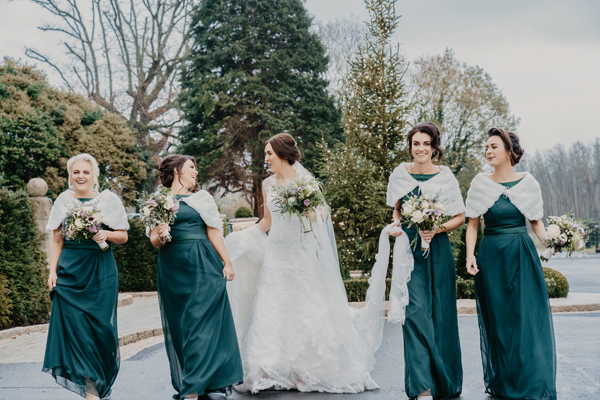 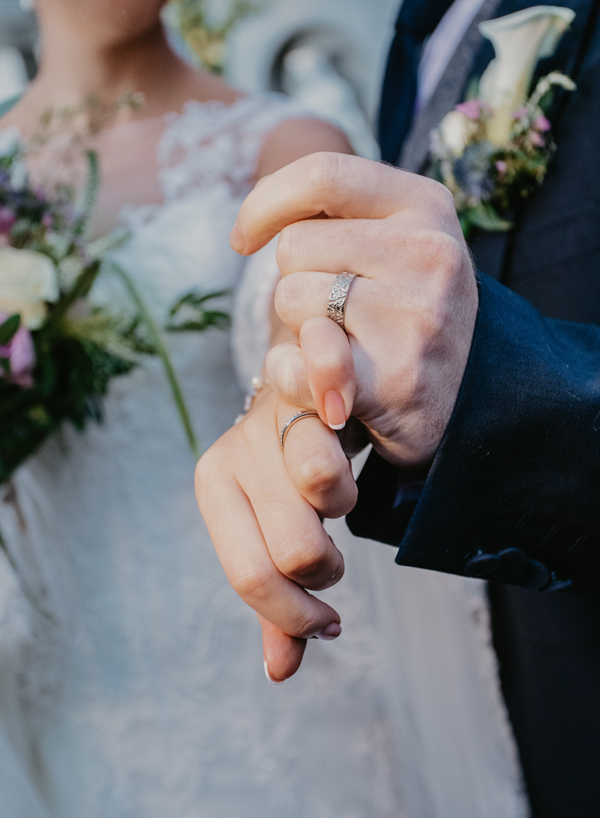 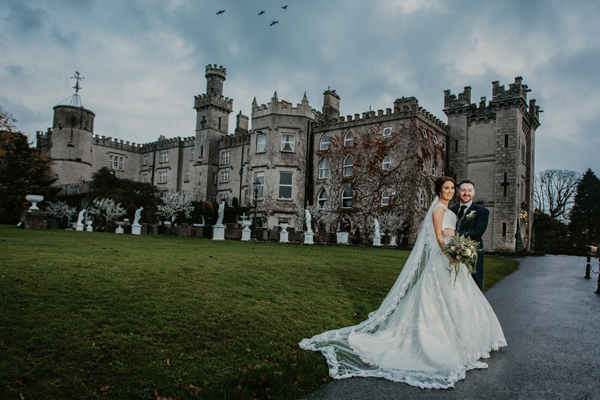 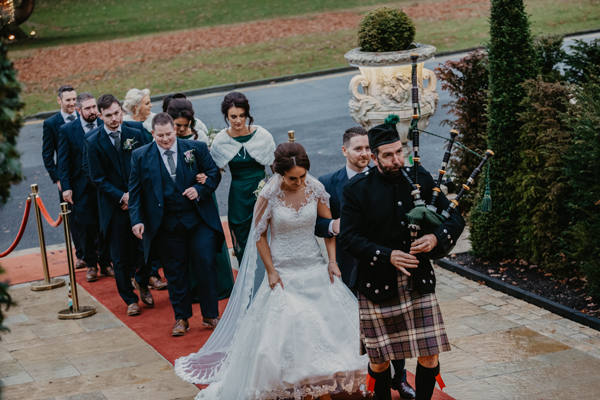