You are here:
August 20, 2019True Love StoriesBy Getting Married-NI 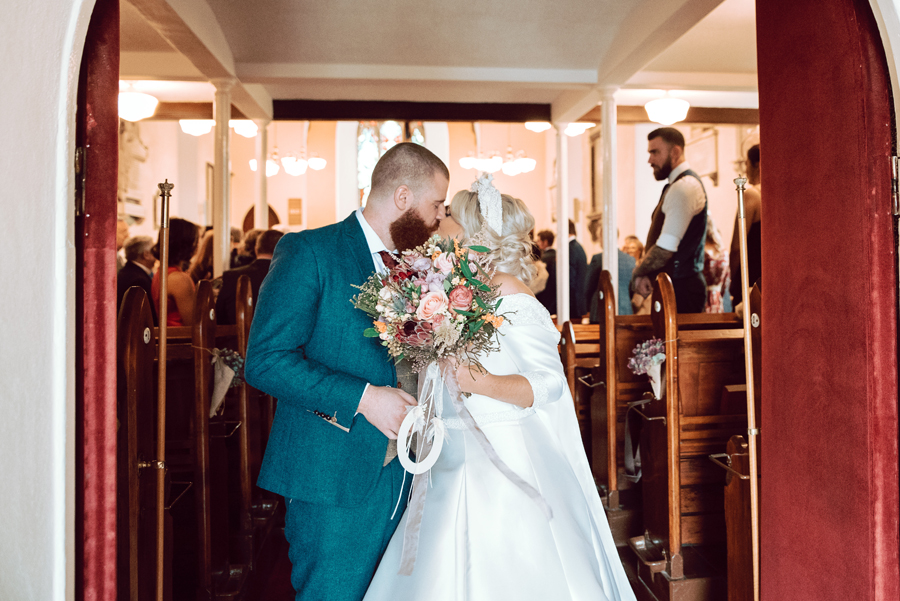 We can safely say that gin has played a major role in Carol Hamilton and Adam Stuart’s relationship to date, as they had a gin-themed wedding for 100 family and friends!

“We went for our first date in an Italian restaurant in Newcastle,” Carol said. “It was pretty smooth sailing after that, and less than a year later Adam had the good sense to put a ring on it!”

Recalling the proposal, she said: “Like pretty much everything in our relationship, it was done with a gin in the hand! Adam got down on one knee at The Gin Festival in Newcastle, I had a few tears, took a big slug of gin and said ‘yes!’”

Carol said she had clearly envisaged a sapphire ring, but ended up with something very different! “I decided upon an oval halo diamond platinum ring,” she said. “We made a weekend of it and went to Birmingham Jewellery Quarter and finalised the design and received it six weeks later.”

Carol chose her dress from Grace Philips’ Bridal in Seaham, County Durham. “I had looked and looked at dresses and I just couldn’t find one that I fell in love with. I then stumbled across the brand Grace Philips, and their style of dresses were just me to a T!” Carol said. “I met the lovely Phil Woodhead and together we came up with the dress that I imagined myself walking down the aisle in.

“I found the experience quite scarey if I am honest, because whilst I was in complete control, along with the expert guidance of Phil, not having a dress to try on left me worried.”

Carol’s bridemaids’ dresses were made by Margaret Houston of The Bridal Workshop in Dromore, Co Tyrone, and the flower girls’ dresses were purchased from Beautiful Day Bridal Cottage, in Greysteel.

Chief bridesmaid (and wedding co-ordinator) was one of Carol’s best friends, Gemma Sayers, and her other bridesmaids were her sister Claire Hamilton and Adam’s sister, Frankey Stuart. 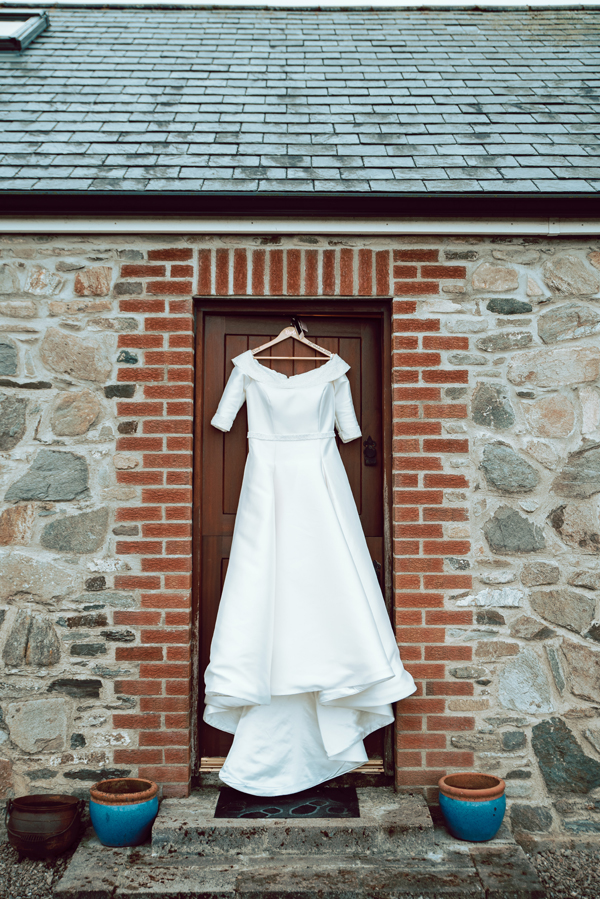 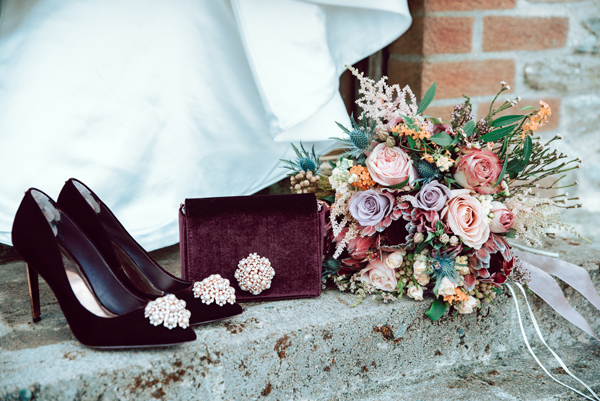 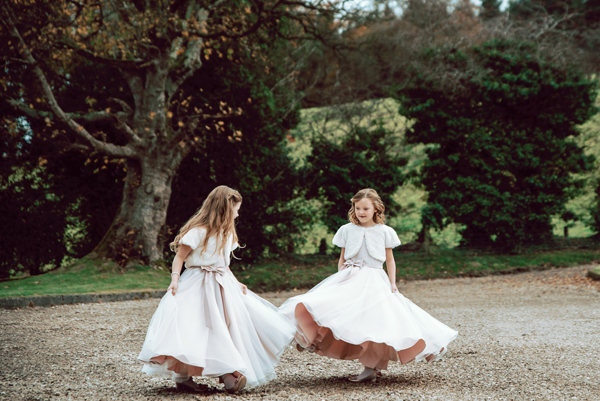 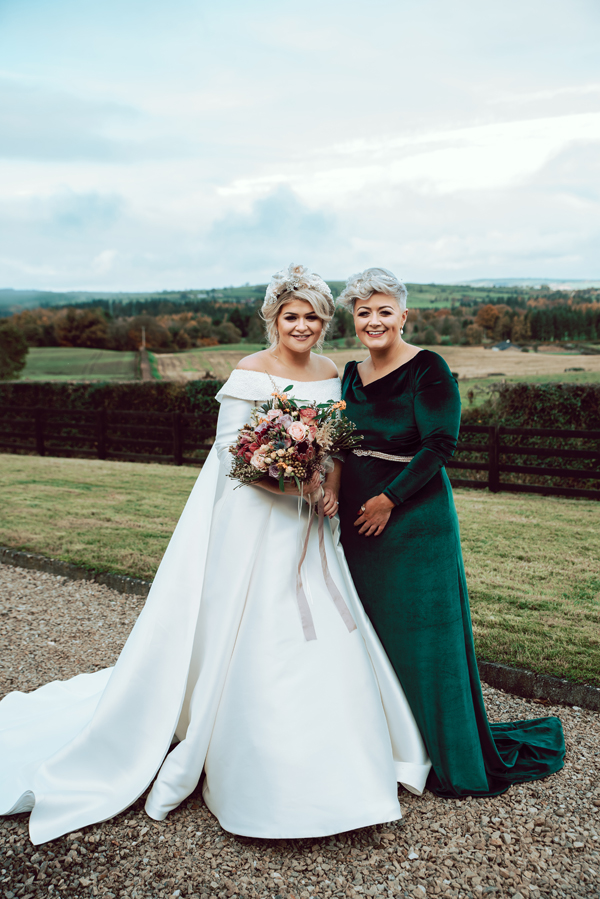 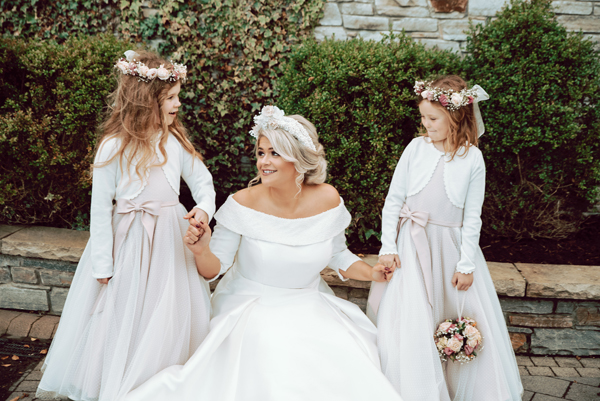 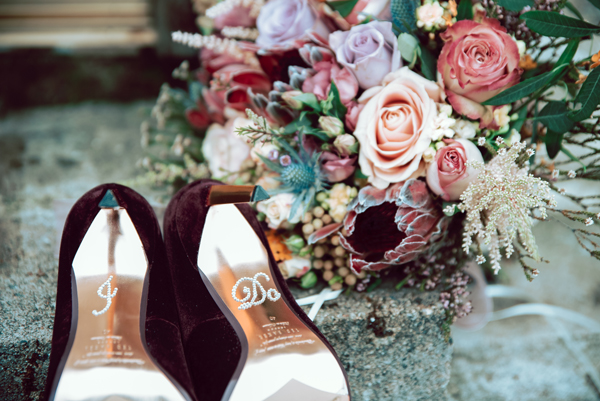 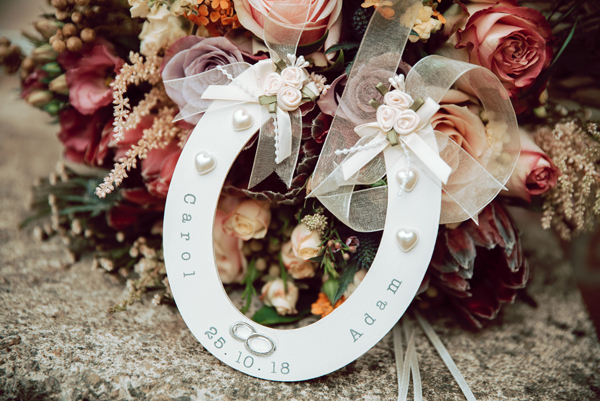 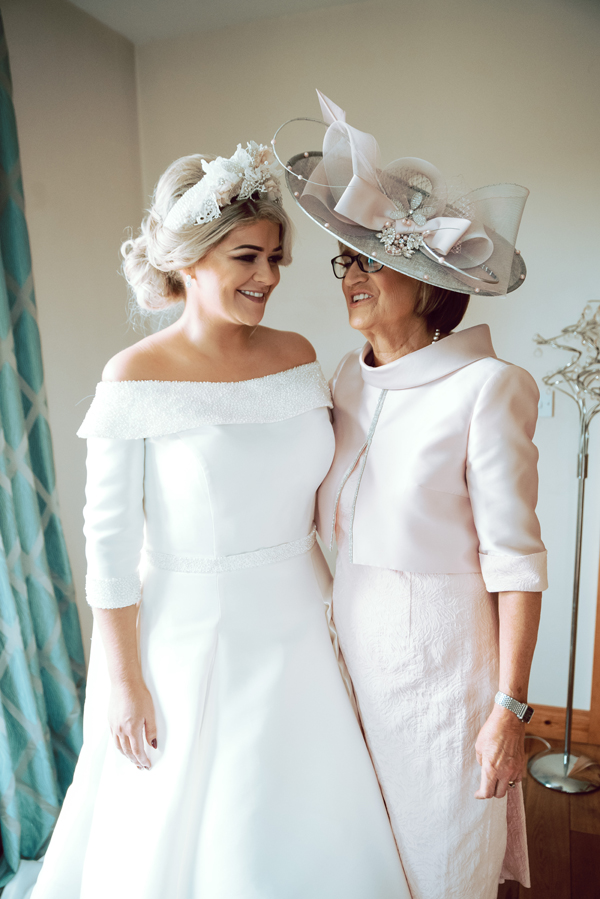 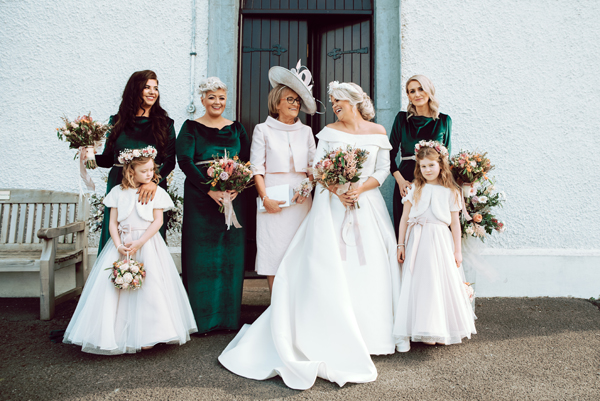 Best man was Ross Jenkins, best friend of the groom, and groomsmen Ian Hamilton, brother of the bride and Jon Bird, uncle of the groom, were attired in suits from The Great British Tweed Company.

Carol said: “I found the days leading up to the wedding so stressful, as that was the most crucial part in making sure everything was in place and nothing had been forgotten.

“Living in England made it even more difficult, as we had to make sure that we had packed everything, which is no mean feat when you are packing for a groom, bride, three bridesmaids, three groomsmen, two flower girls and a page boy!

On October 25 2018, two years and 11 months after Adam’s proposal, the couple wed in Ardstraw Parish of St Eugene’s, Church of Ireland, Newtownstewart, and held their reception at An Grianan Hotel, Burt, Donegal

Their 100 guests enjoyed a ‘gin autumnal theme!’ “We had gin table names, and our centre pieces had empty bottles of gin with little fairy lights inside. Empty gin bottles of course meant a good few months of hardcore gin drinking to get the bottles empty! The wedding planning never waned in our house!” Carol laughed. “Along with the gin bottles, we had white and gold sprayed pumpkins, and tea lights. The pumpkins also lined the steps into the church.” 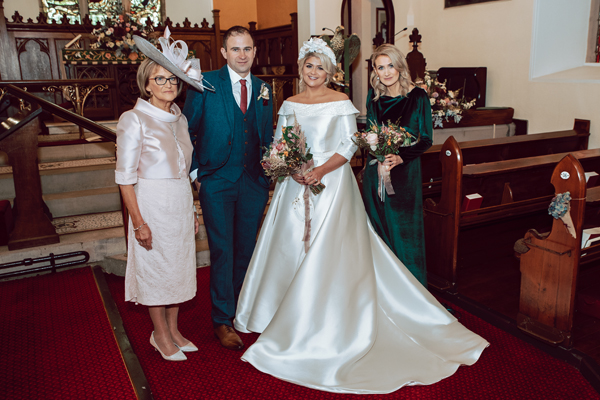 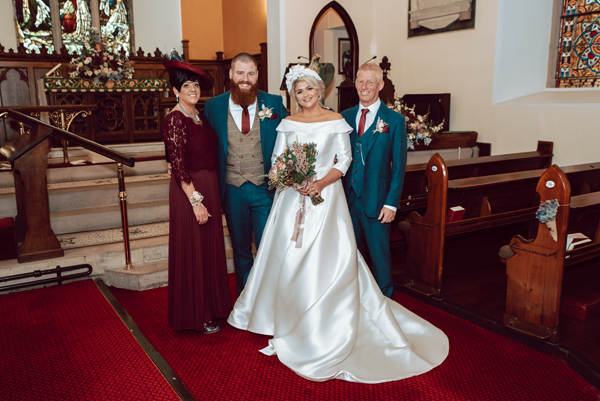 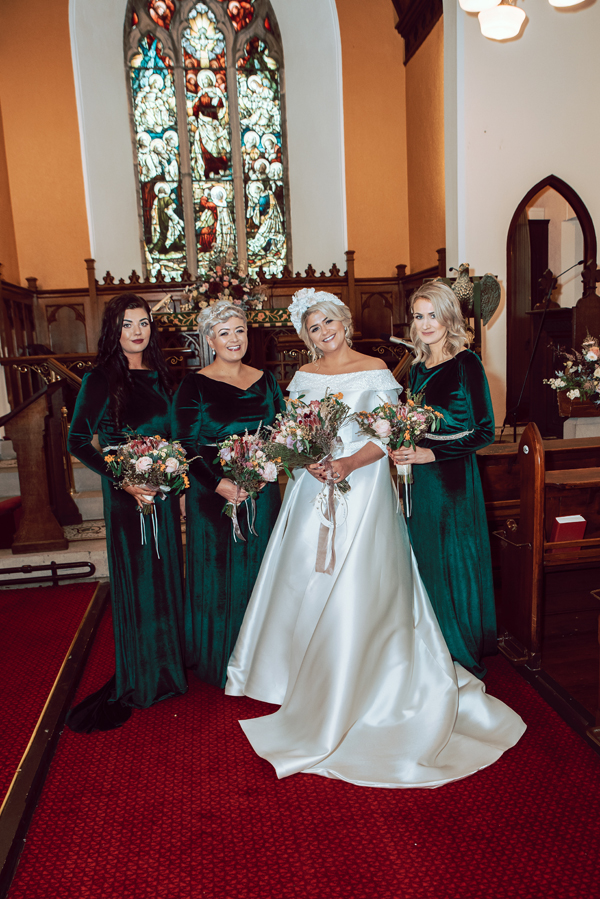 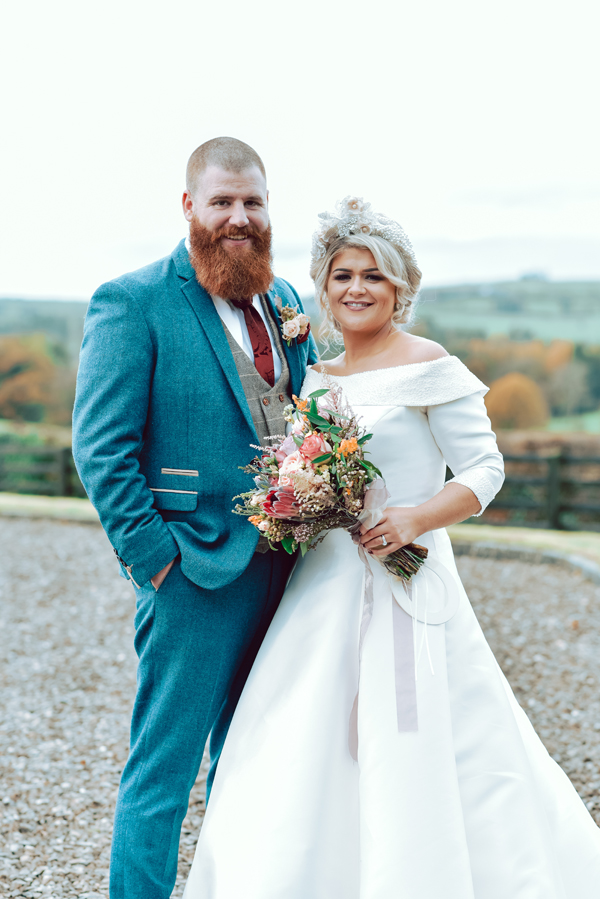 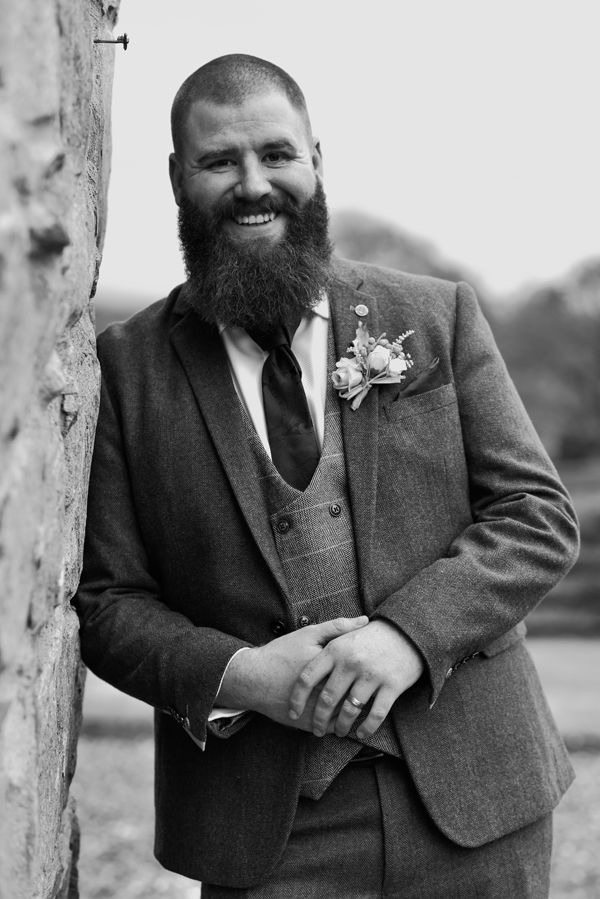 Their first dance was to Queen, You’re my best friend. Carol said the day was ‘over like a flash!’  “It was wonderful having all of the people that we loved together with us to celebrate our day.”

There were quite a few mishaps to make the day even more memorable. “Our bridemaids’ dresses didn’t arrive until 11pm the night before the wedding and the first time my sister and sister-in-law got to try on their final dress was on the morning of the wedding!” Carol said. “My mother lost her voice the night before and couldn’t utter a sound all day. Flower girl Scarlett took a growth spurt leading up to the wedding and her dress was miles too small on the day, despite having fit perfectly 10 days earlier – out came the needle and thread…”

The highlight of day for Carol was the ceremony. “Even though I live in England, getting married back in Northern Ireland, in my own church in Newtownstewart was my dream and I am so happy we achieved that,” she said. For Adam it was seeing Carol for the first time as she came down the aisle, and saying the vows.

The couple also loved coming into the church, and walking down the aisle to Highland Cathedral on the bag pipes.

Their advice to other couples planning a wedding is: “Book all the important stuff as soon as you get your date, so you can rest assured you have secured who you want for your wedding.” Carol added: “Don’t sweat the small stuff! What I thought would be major like invites etc really didn’t matter that much in the end and I wish I hadn’t stressed as much over every small detail.

Carol and Adam held a wedding party in England a week after the wedding, enjoyed a mini moon in Portugal and travelled to the Dominican Republic for their main honeymoon last April.

They said they initially found married life a bit ‘weird.’ “We did feel differently at the start, but a nice different,” said Carol. “Knowing we have made that commitment to each other is wonderful.” 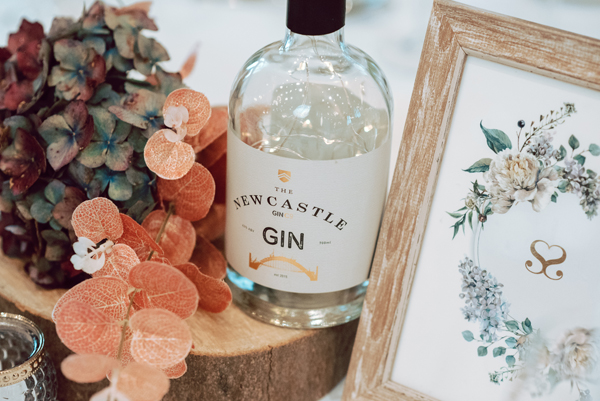 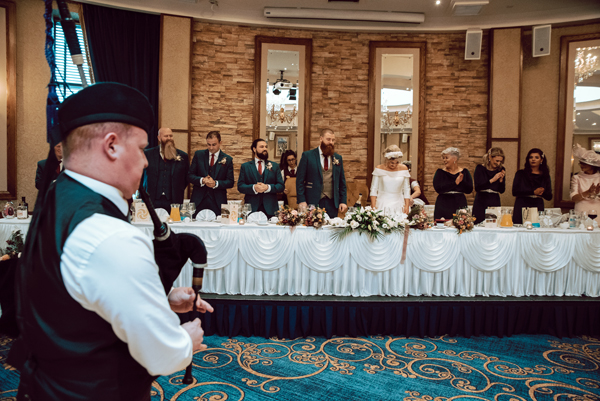 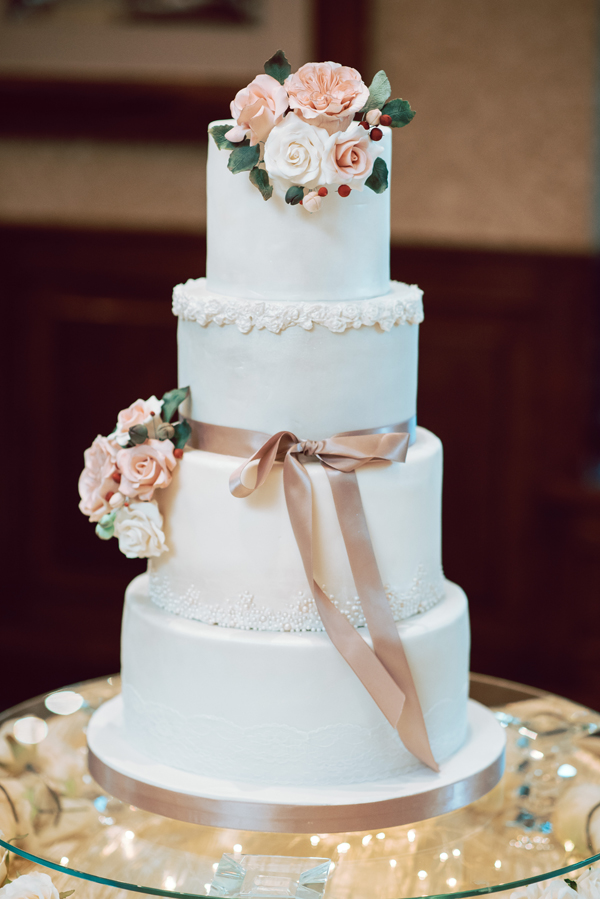 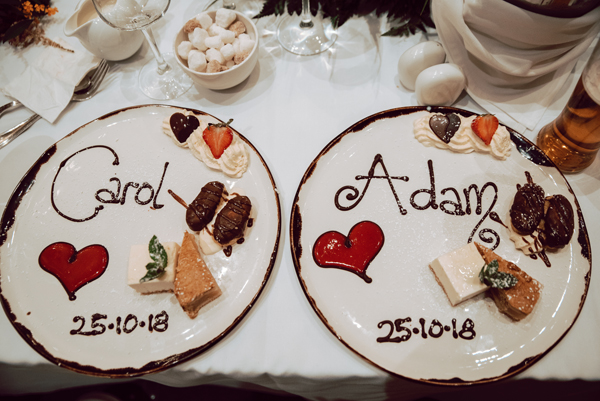 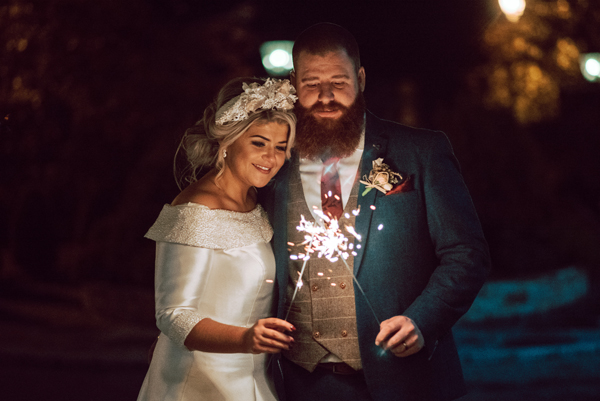