You are here:
June 9, 2020True Love StoriesBy Getting Married-NI 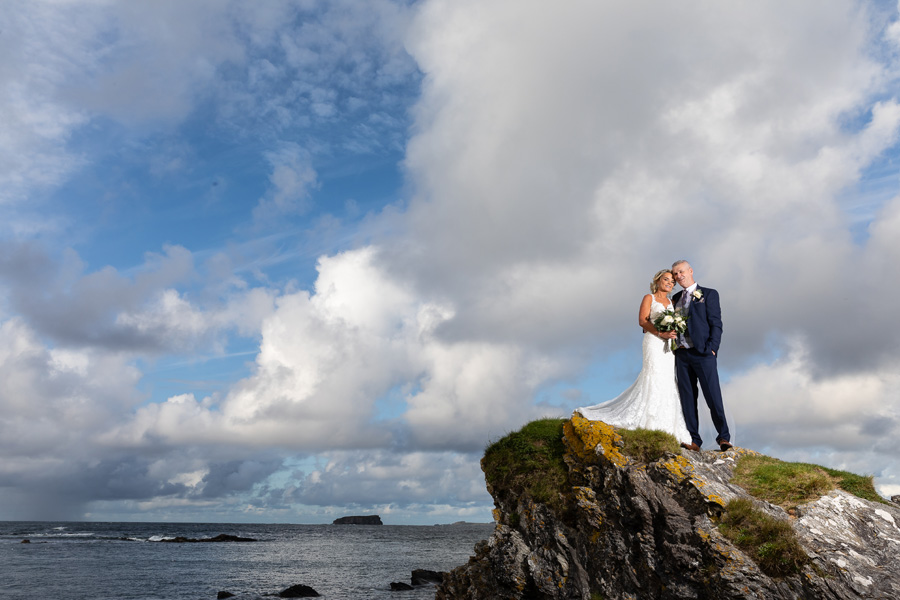 An elegant and romantic wedding was the perfect opportunity for Swatragh bride Aileen to bring her friends and family together for a day filled with fun and laughter.

Aileen met her husband-to-be and fellow fitness enthusiast Terry from Slaughtneil at the gym.
After a few months Aileen asked Terry for his phone number to arrange a lift to the gym members’ Christmas night out, “It was on this night out that our romance kicked off. We went on our first date to the Wild Duck in Portglenone at the end of December and from then on we were an item.”

Terry chose the historic Old Cross at Ardboe as the backdrop to his proposal. He suggested a meal out for Aileen’s birthday and stopped off at the monument on their way there, “Initially I wasn’t too impressed as it started to rain. However, I went and at the Old Cross Terry got down on one knee. I couldn’t wait to get home to tell my mammy and daddy, family and friends.” said Aileen.

Aileen found the search for her perfect wedding dress to be easier then she had anticipated, “The girls I had with me thought they were in for a long haul trying to pick ‘the dress’ as I’m quite fussy, but when it came to my wedding dress it was the easiest decision.”
Aileen, along with her mum and bridesmaids, booked an appointment at Romantique Bridal in Magherafelt.
Aileen told us, “My mammy had, a few weeks before, seen a dress in the window, she asked Marie to get the dress. As soon as I tried it on, I knew this was the dress I was going to walk up the aisle to Terry in and what made it more special was that my mammy picked it.”

Aileen had chosen her sister Clare and friends Aimee and Mairead to be her bridesmaids as well as her goddaughter Mairead and stepdaughter Ella Rose as junior bridesmaids.
While she was at Romantique Bridal, Aileen showed Marie a picture of the style of dress she wanted for her bridesmaids. As luck would have it the boutique stocked the very same dress.
“The girls also loved them, which was great. I wanted them to wear something that they were going to be happy and comfortable in,” said Aileen. 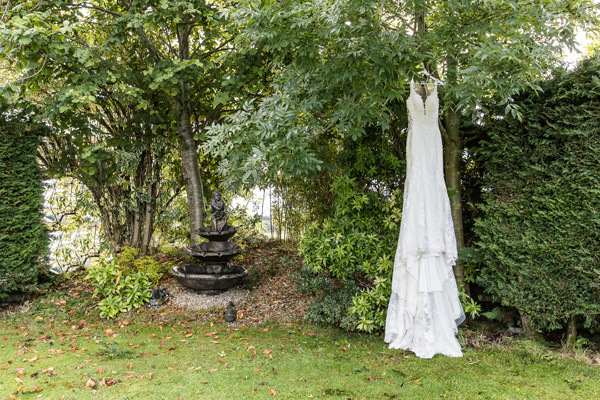 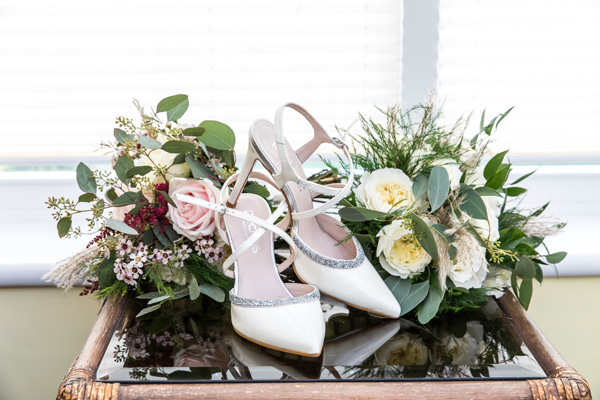 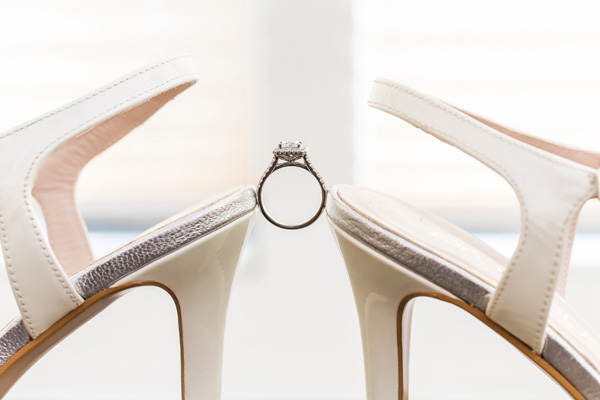 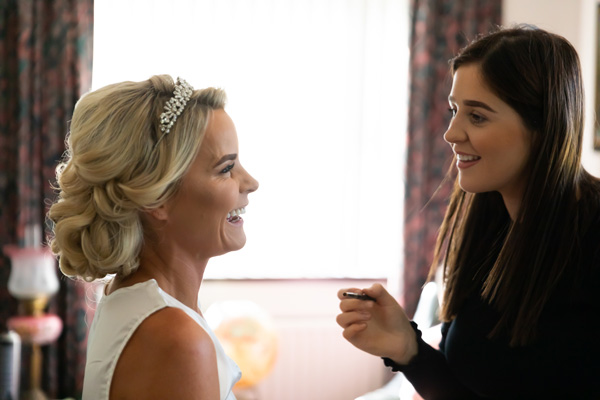 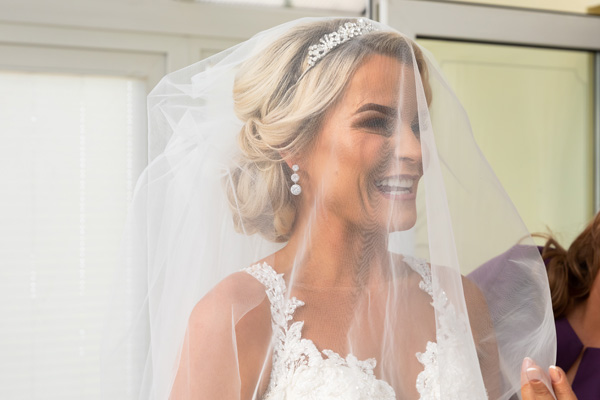 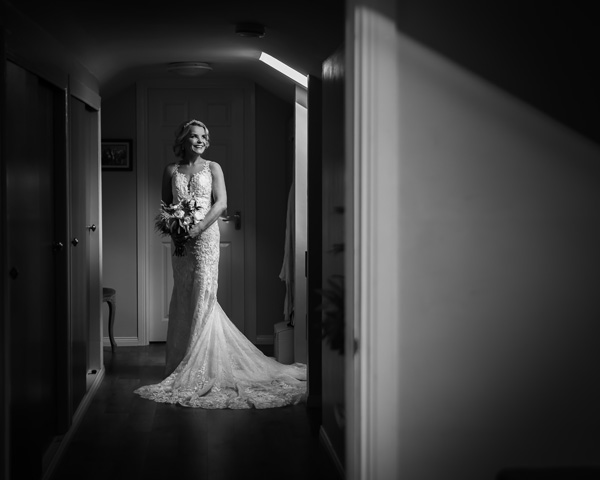 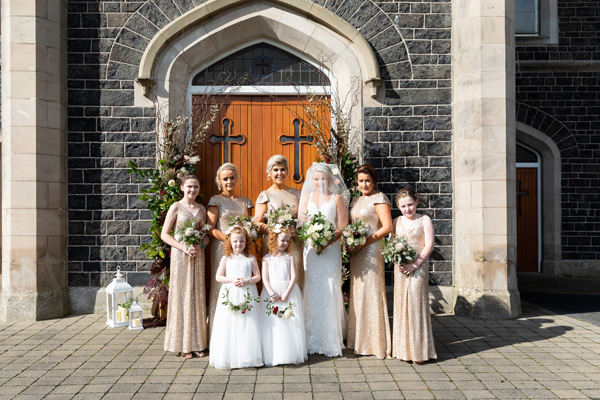 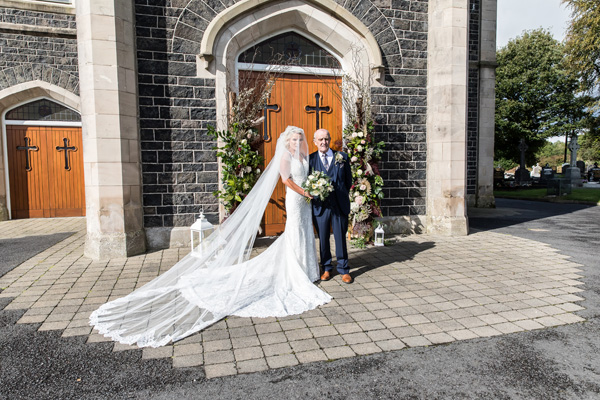 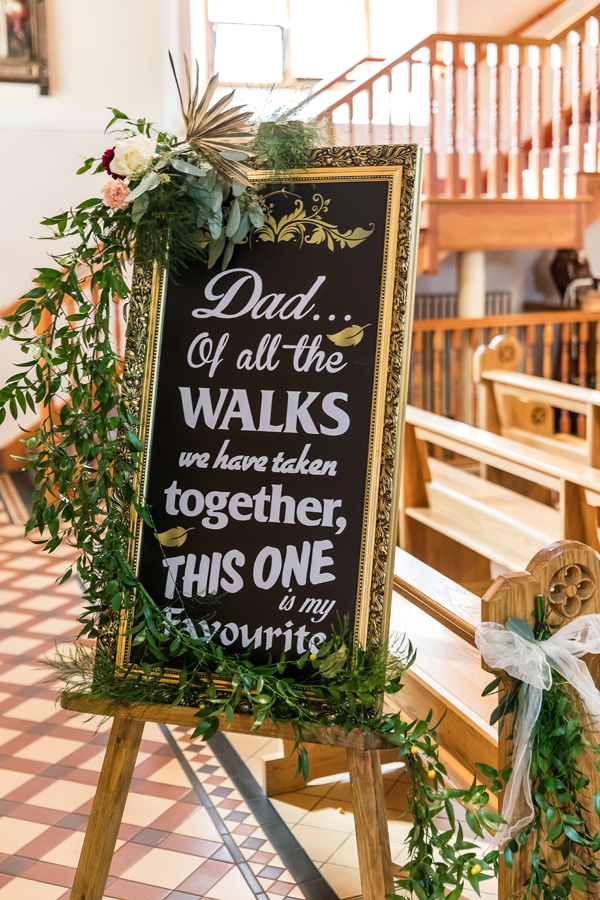 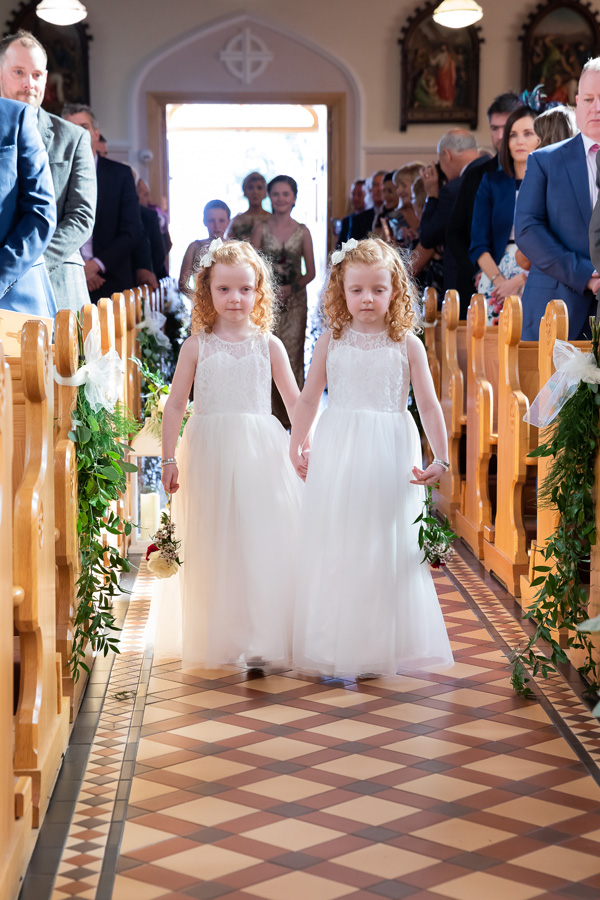 Terry chose his groomsmen’s suits from Tommy McGrath’s in Maghera. The groom’s party included Terry’s brother Francis, his friend Chris, his godson Michael and his son Daniel.
All five looked stylish in navy blue suits, the groom himself opting for a checked waistcoat to complete his look.

Aileen really savoured the preparation stage of her wedding, “ I am quite a perfectionist and I wanted this to be the best day of our lives and for our guests to have an amazing day,” she said.
Although Aileen’s brother Ciaran is a photographer she thought it would be best to give him the day off to celebrate with the family. She already had a videographer, Sean O’Donnell, lined up for the day and when she asked him to recommend a photographer he gave the name of her brother!
“No one knew anything at this stage so it was all very hush hush! Sean had to keep it all from my brother as they work quite a bit with each other doing weddings.” Aileen told us.
Instead Aileen enlisted the services of local photographers Acorn Photography who had photographed her brother’s wedding the previous year.
One job the couple did keep in the family was the flowers and décor, this was arranged by Terry’s niece Orlagh at Happy Ever Vintage, “She did such an amazing job with everything,” they said.

The big day finally arrived on 27th September 2019.
For Aileen the hardest part of the day was leaving the house that morning knowing she was going to be leaving her family home. However she was also excited to be starting something new with her new husband in their new home.

The couple married at St John’s Church Swatragh in front of 250 guests.
For Aileen the highlight of the whole day was her daddy walking her up the aisle and Terry seeing her for the first time. “As soon as we held each other’s hand, the nerves went,” she said. Any remaining nerves soon disappeared when the best man Chris dropped the rings at the altar, “It sure did lighten the nerves a little,” laughed the bride.

A big celebration followed for the couple and their guests at Ballyliffin Lodge in County Donegal after a photoshoot at the stunning Ballyliffin beach.
The guests enjoyed fun and games with DJ Scruffy Duffy throughout the wedding meal aswell as a photo booth to record some happy memories.

The newlyweds danced together for the first time to ‘Better Today’ by Coffey Anderson with Justin McGurk and the Boogiemen entertaining the guests through the evening.

When asked what advice she would give to engaged couples planning their big day, Aileen said, “Enjoy every second of it!” and “The bride is mostly always right!”

After a honeymoon in Mexico the new husband and wife are enjoying their new life in their new house. 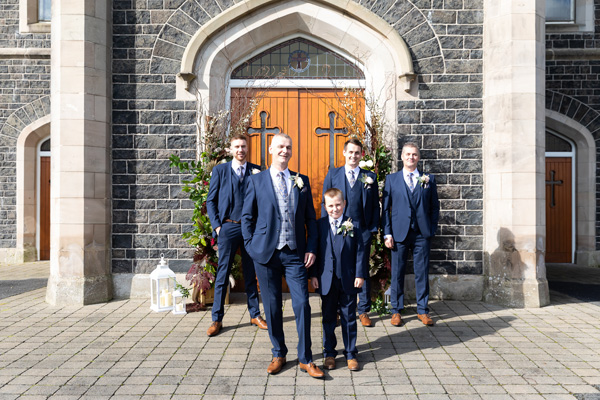 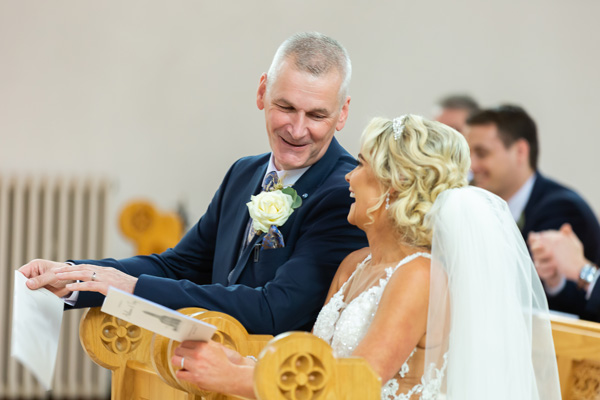 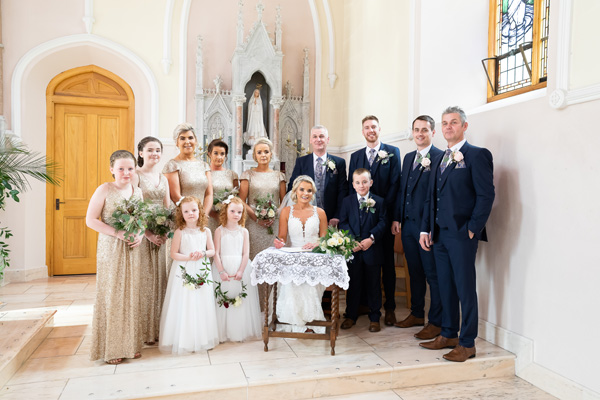 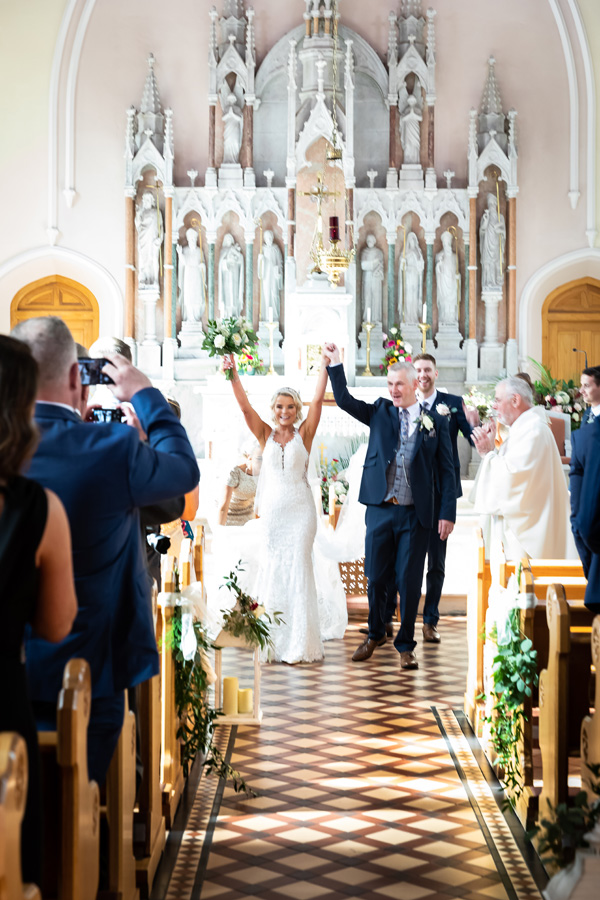 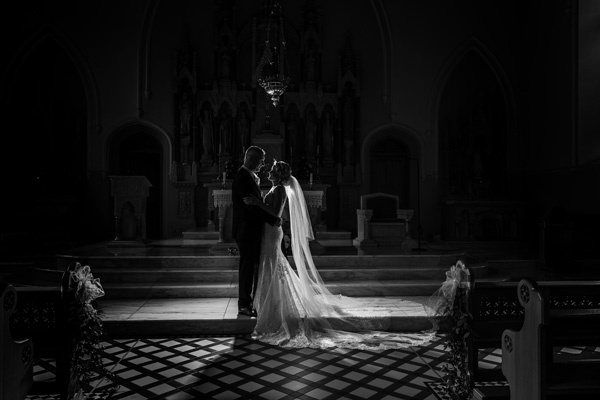 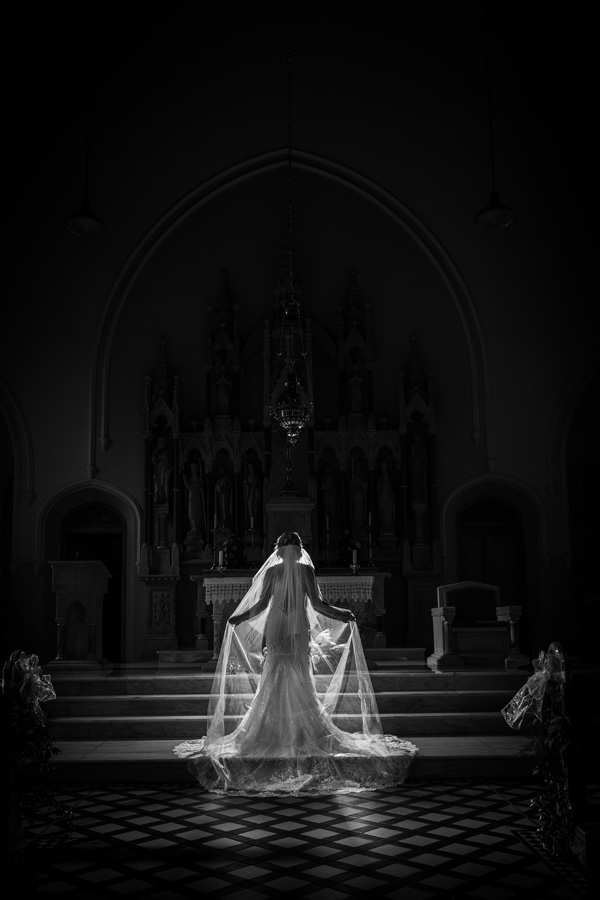 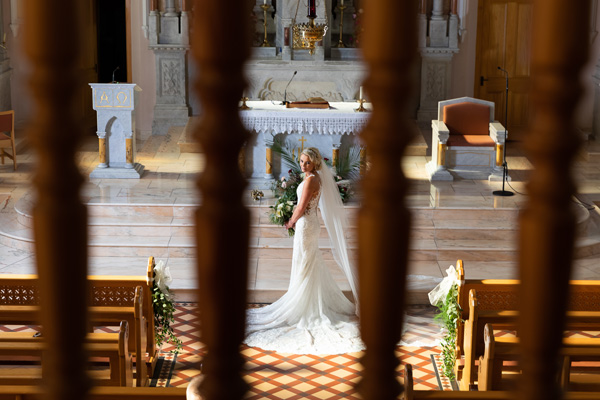 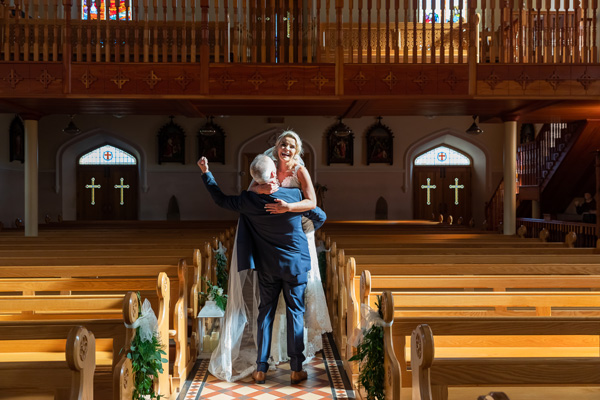 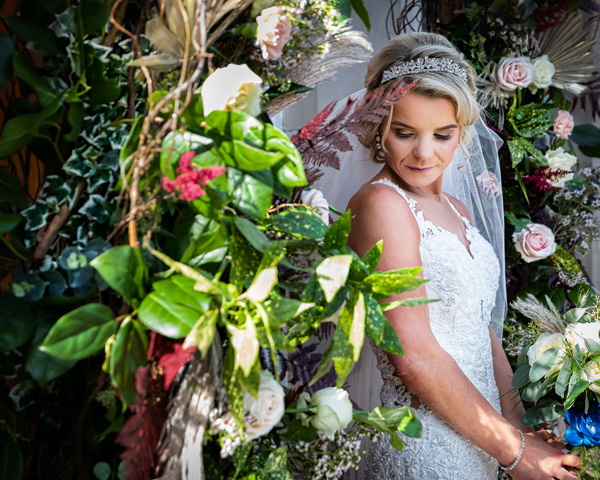 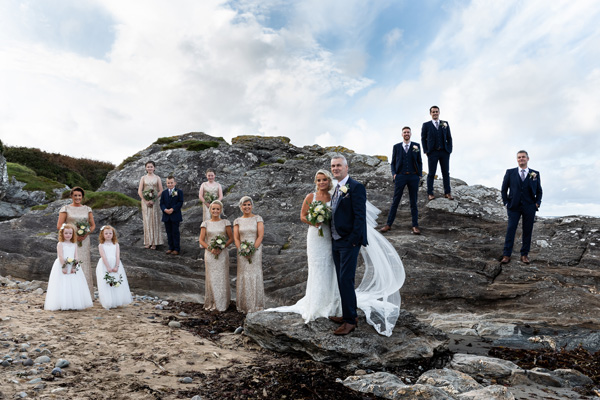 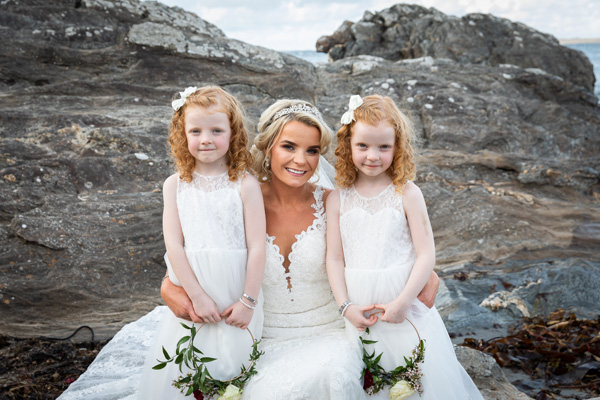 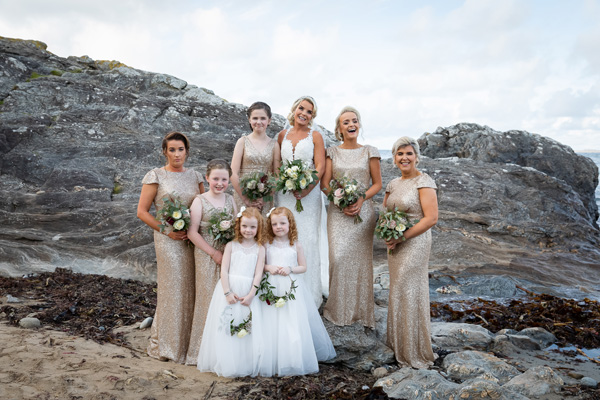 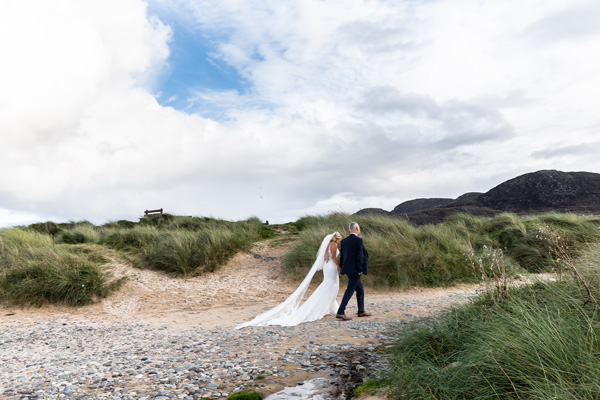 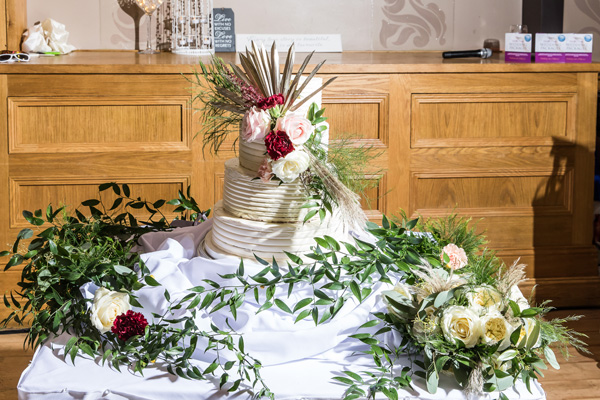 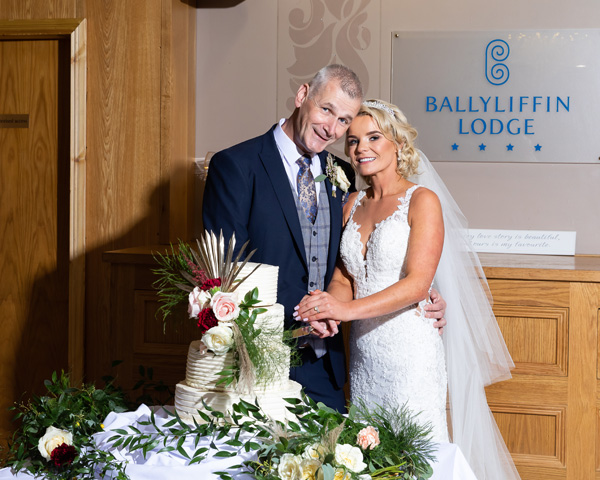 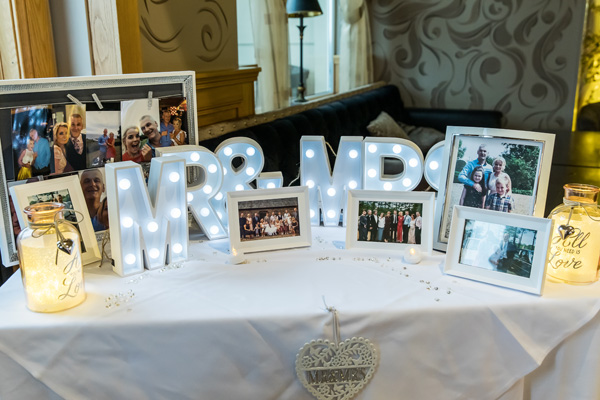