You are here:
January 14, 2020True Love StoriesBy Getting Married-NI 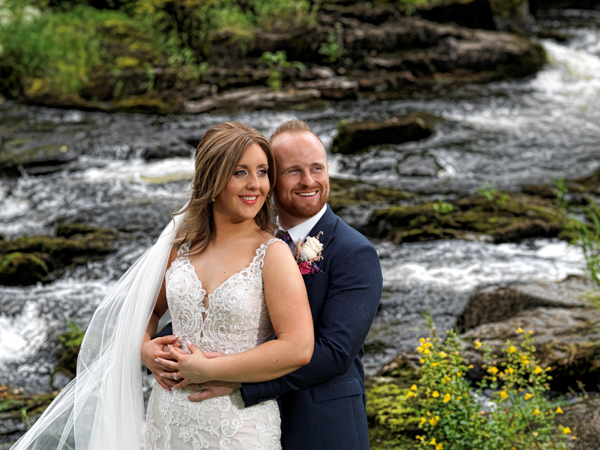 A love for rally driving is what brought project coordinator Grace and maintenance manager Mark together in 2016. Mark had just finished receiving chemotherapy for a sarcoma in his leg when mutual friend Malcolm suggested that he could lend a hand to Grace who was organising an event for Dungannon Motor Club.
“Mark offered to come and help me but the condition was that I would go out on a date with him in exchange for his help. We hit it off right from the word go and after a few dates Mark plucked up the courage to ask me to be his girlfriend. From there on in we were inseparable,” said Grace

The following year on 10th December 2017 Mark, from desertmartin, proposed to Grac, from Moy, on a trip to New York where they were visiting friends. After a day of sightseeing in the Big Apple their friends went home while the couple stopped for a few photos in the middle of Time Square. Mark stopped, seemingly to tie his lace, but when Grace turned round he had a ring in his hand.
Grace said, “I was so shocked I couldn’t answer him, all the people watching started clapping, cheering and taking pictures.”

It’s not often that the father of the bride has any input when it’s time for dress shopping but snowy weather prompted Grace’s daddy to decide to drive the bride, her mum and her mother in law to their appointment at White Gold Bridal in Broughshane.
“When we went in Dorothy said to bring him in out of the cold. Daddy is very straight to the point and will give you his opinion, so when I came out in my dress and he was stuck for words and I could see tears in his eyes. I knew it was ‘the one,’” said Grace.
Grace could not speak highly enough of the boutique’s owner Dorothy Cairns referring to her as a bride’s fairy godmother.
“She gives you advice, which is helpful and completely honest, she calms your nerves and she makes your dream dress a reality. She helped me choose the most gorgeous dress that suited my skin tone and shape.”
Dorothy was even on hand to suggest hairstyles to compliment the dress and came to the bride’s home on the morning of the wedding to assist in getting everyone ready.

The bridesmaids’ dresses from Creative Ideas in Cookstown were pink with pearl embellishments, reflecting the wedding’s theme of Romantic Glam. Grace chose her best friend Joanne to be her matron of honour and her cousin Charlotte as bridesmaid. The groom’s little cousin Jayne was a perfect little flower girl in a dress from Petticoat Lane in Hillsborough. 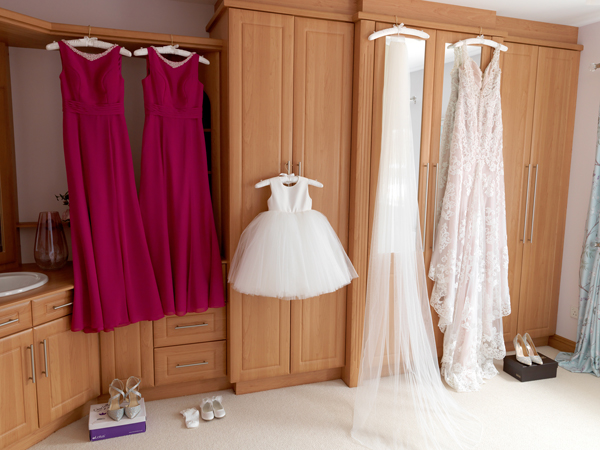 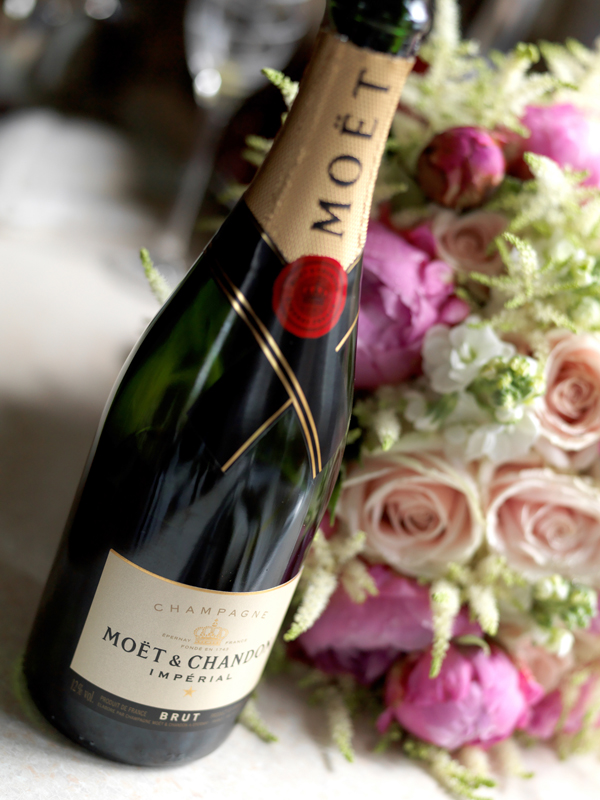 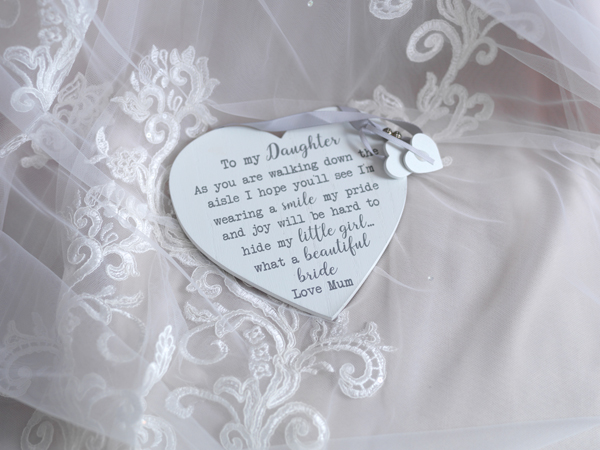 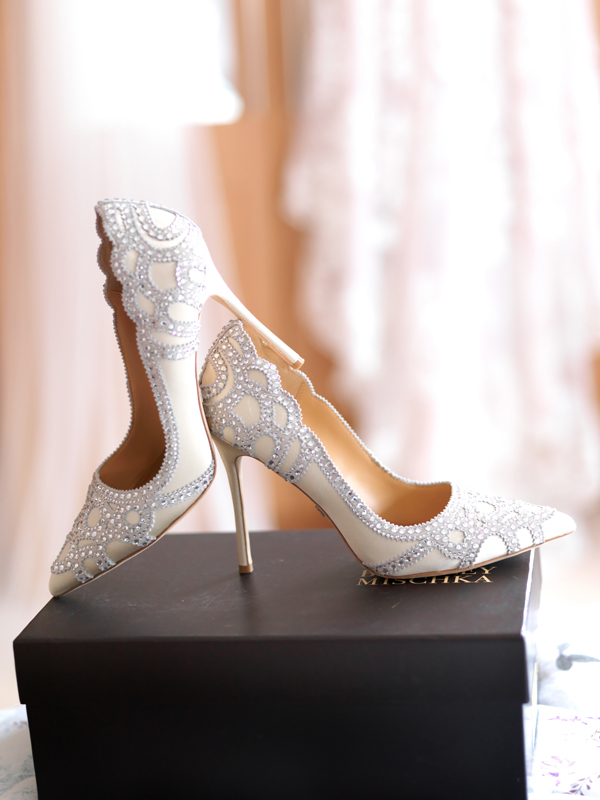 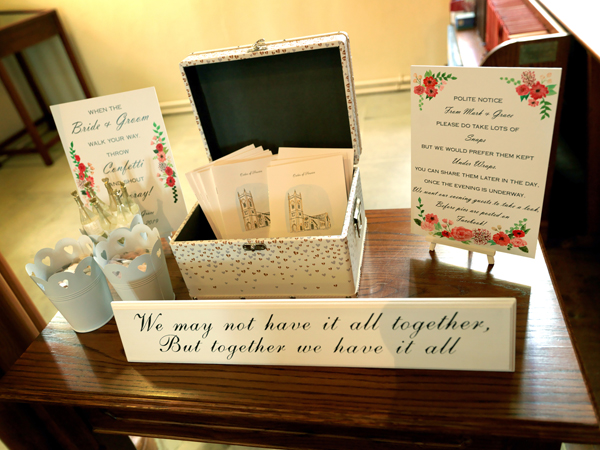 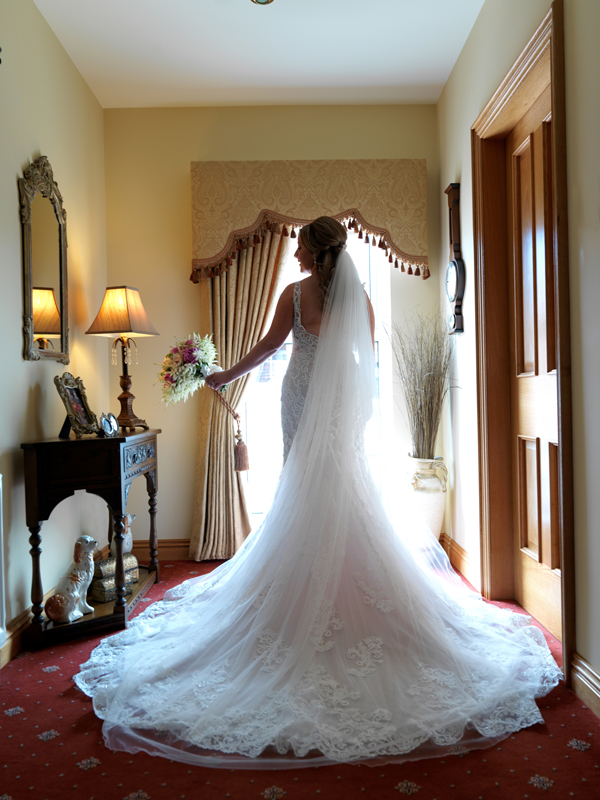 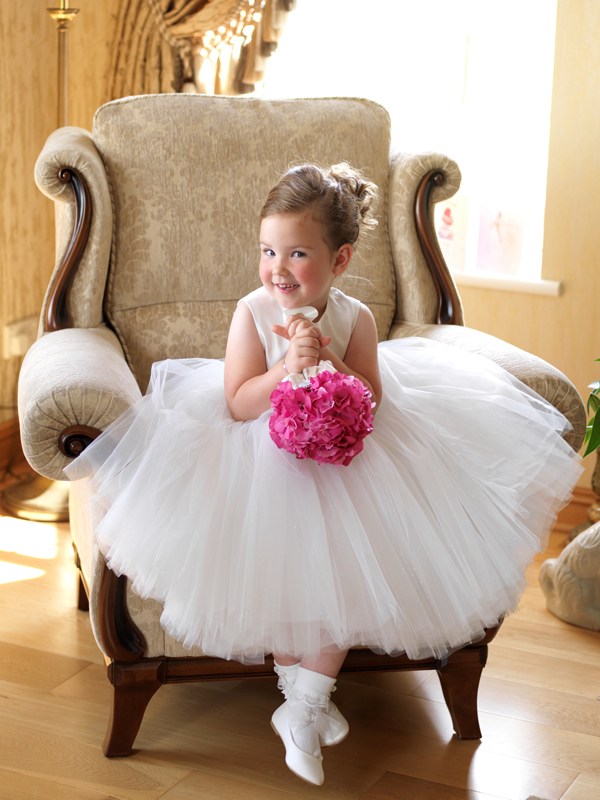 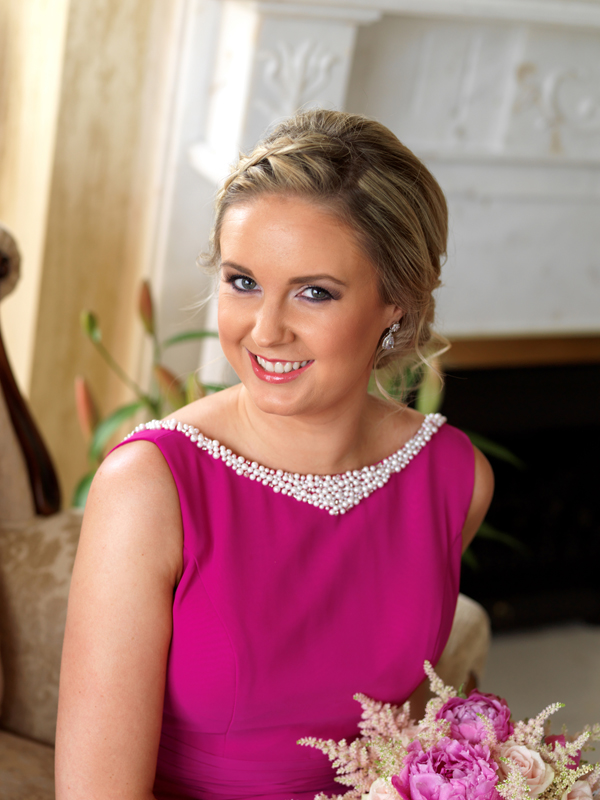 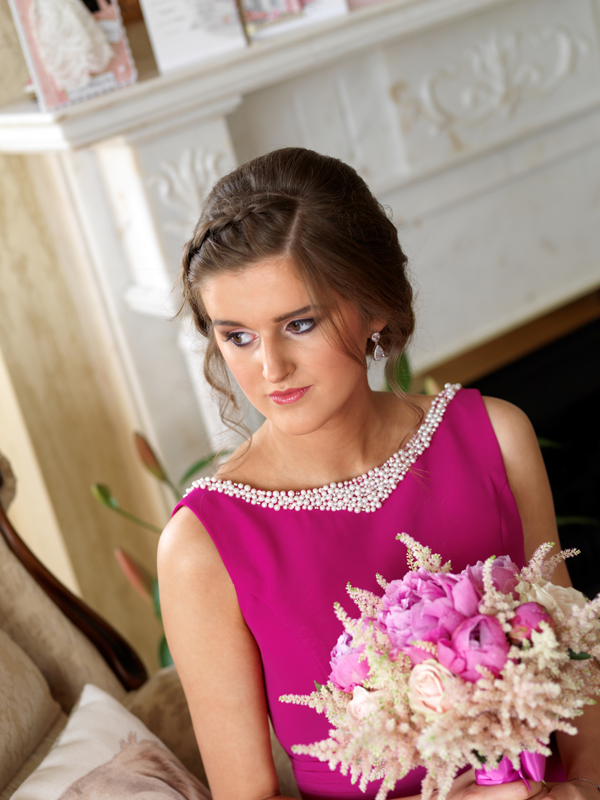 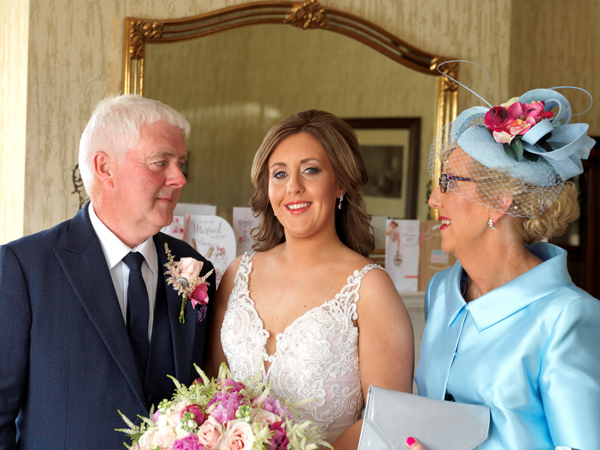 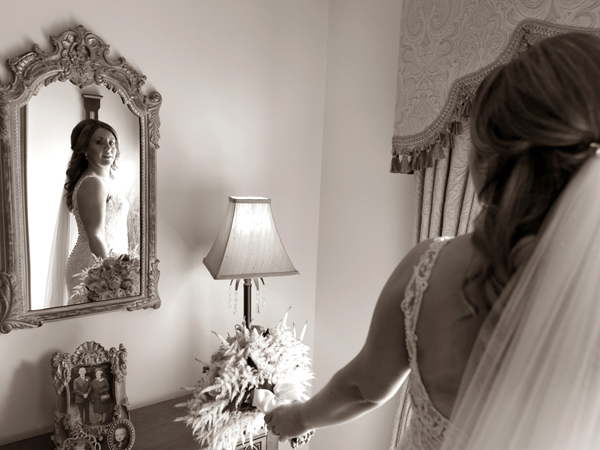 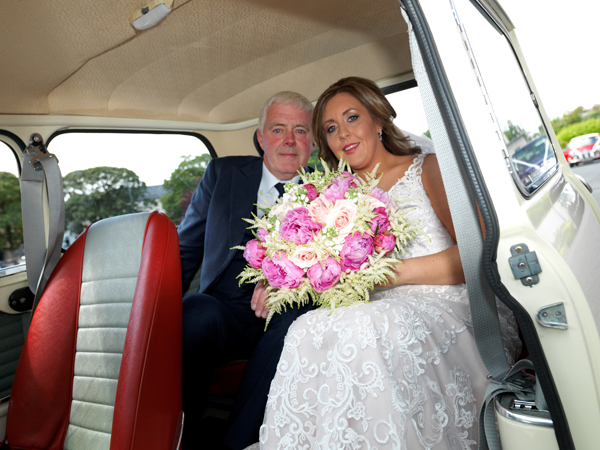 The family ties were strong in the groom’s party with Mark’s brother Simon as best man, Grace’s brother Gary as groomsman and the groom’s cousin Luke as a very smart looking pageboy. All four wore suits from Red in Cookstown.

A piper from the Moy Girls’ Brigade where Grace is an officer, played as the 150 guests arrived at St James’ Parish Church in Moy on 3rd July 2019. The Girls’ Brigade choir were also invited to sing whilst the bride and groom signed the register.
The church was dressed by florist David McConkey.
“His flowers are not just for the look, but the scent! The smell in the church from all the flowers blew everyone away!” Grace told us.
An amusing moment ensued in the church when the minister dropped Mark’s ring just before the vows.
“It rolled down the aisle of the church much to our amusement and his embarrassment,” laughed Grace.
After the ceremony, the guests were treated to an ice cream van outside the church.

The couple hosted their reception in the elegantly named Renaissance Suite at the Galgorm Resort. The highlight of the reception came during dinner when entertainer Cameoflage came in dressed as a police officer then burst into song.
After the meal the bride and groom danced together to ‘The One’ by Kodaline.
A surprise firework display organised by Grace for Mark ended the night perfectly.

Looking back over the whole experience, Grace really enjoyed choosing all the personal touches like the flowers and stationery.
“Everything went so smoothly thanks to a fantastic team of suppliers,” she said.

The best advice Grace and Mark would give to those couples about to start planning their own wedding would be to get things done as early as possible.
“It is so lovely to be able to sit back and chill with your family and friends knowing everything is under control,” they said.

After a honeymoon in Dubai and the Maldives the couple are settling into married life together in a new home in Newmills. 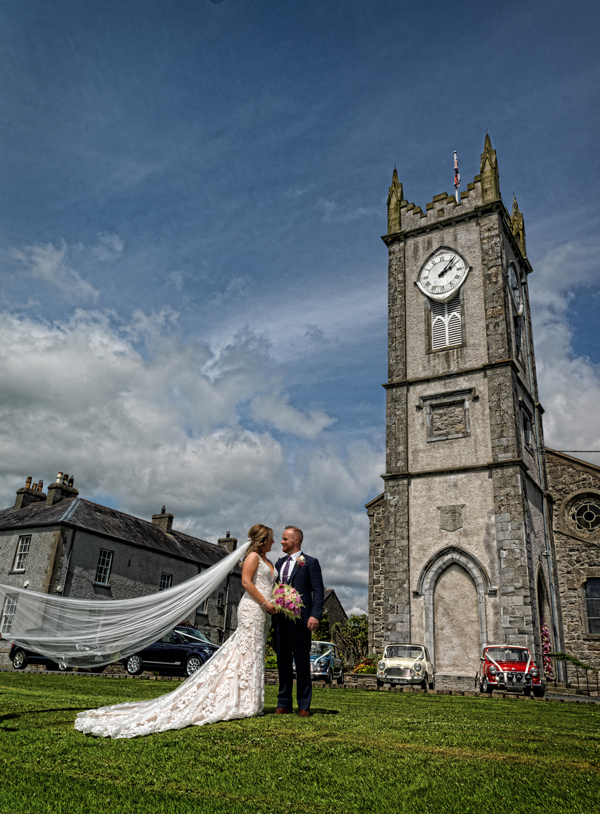 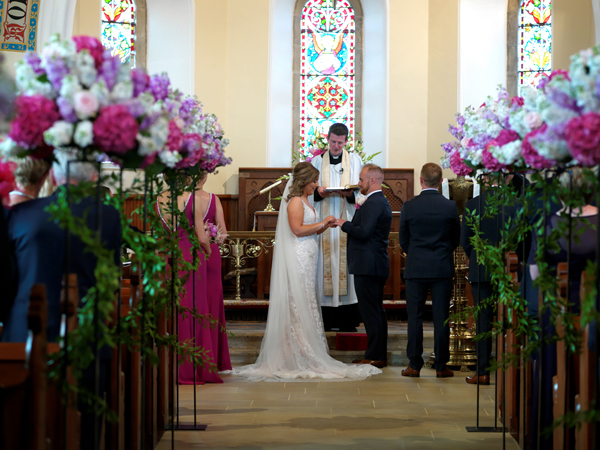 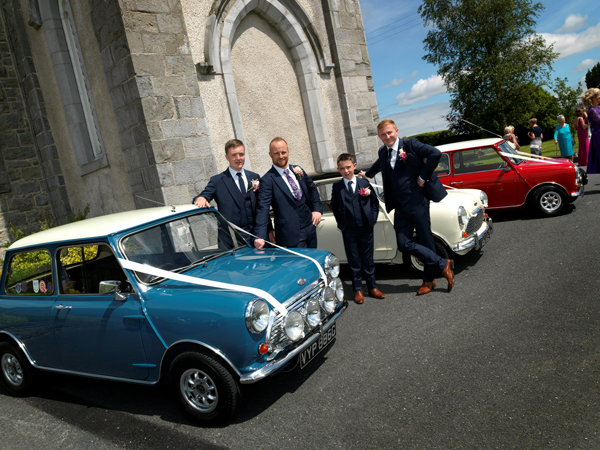 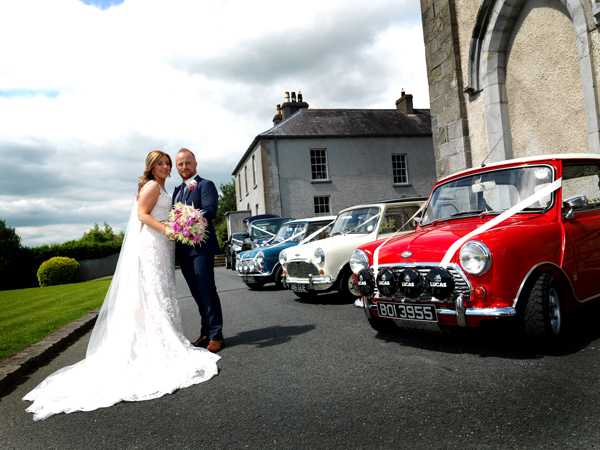 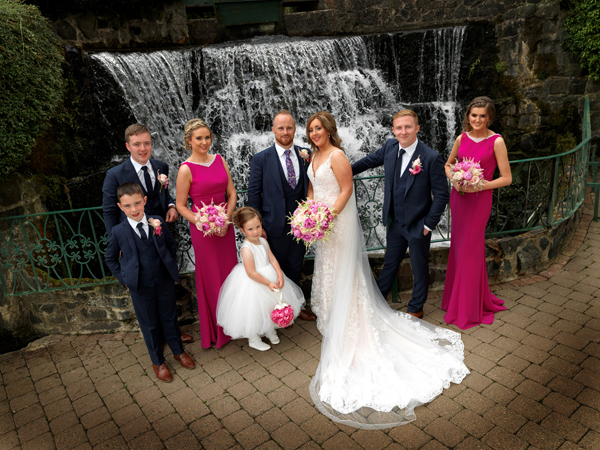 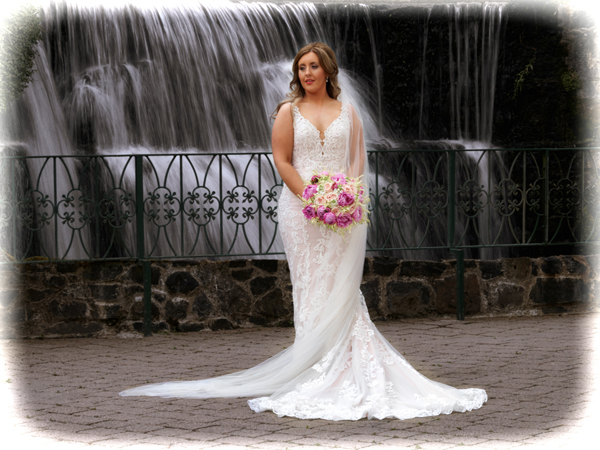 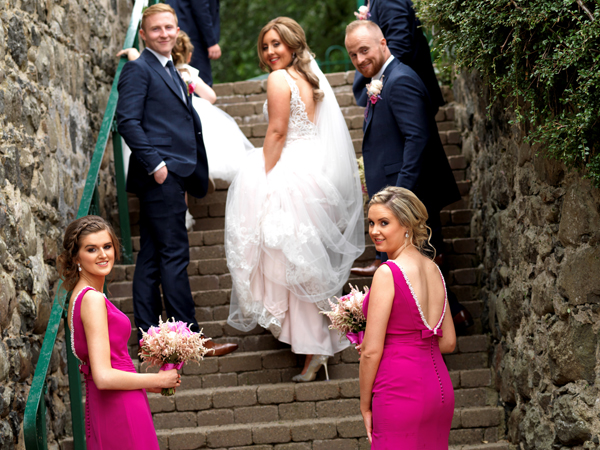 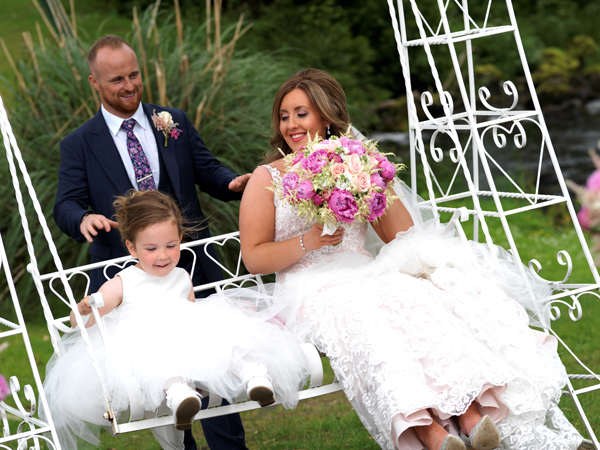