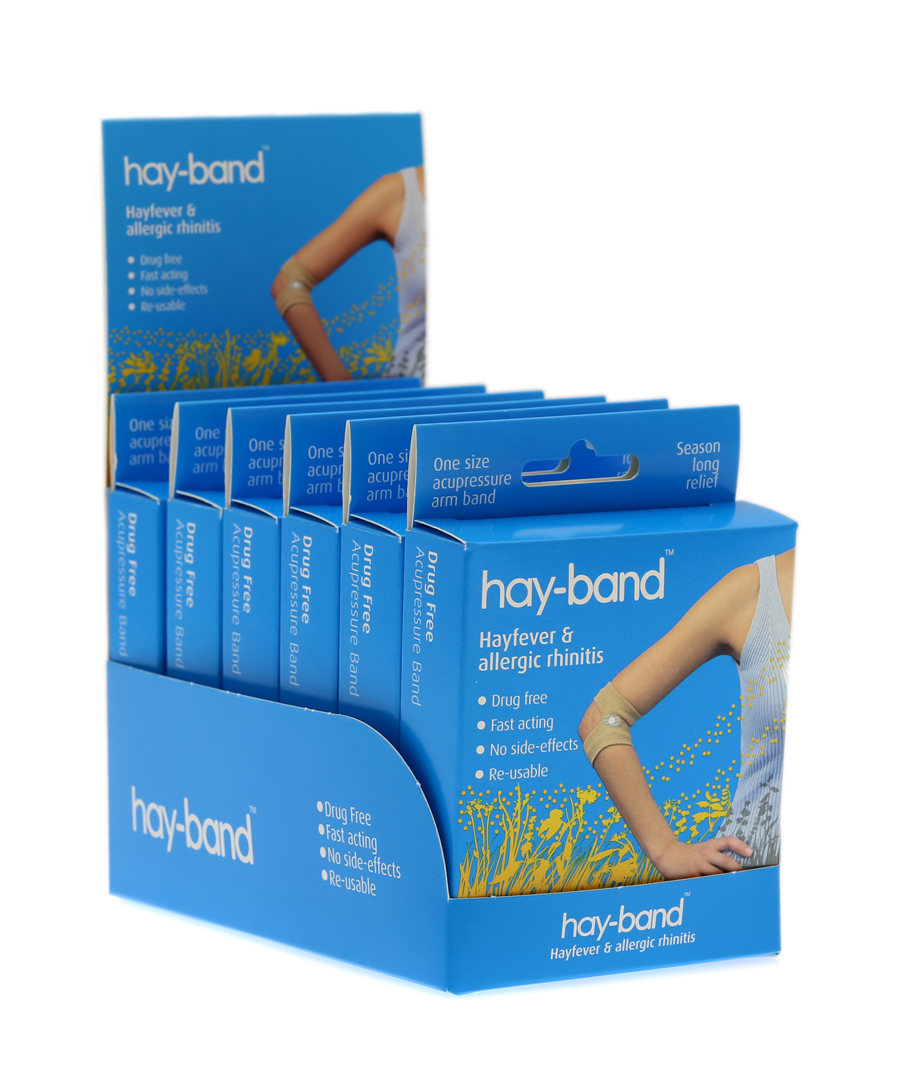 WIN • Give hay fever the heave-ho with Hay-Band, we have five ‘Hay-bands’ to give away! Don’t let hay fever ruin your big day…

For many the warmer weather will come as a welcome relief, but if you’re one of the 15 million people in the UK affected by hay fever, you may not want to hang up your hanky just yet.
The ‘Hay-Band’ works by applying pressure to the acupressure point on either arm, called the LI-11 point. The principles of ancient Chinese acupressure have been used for centuries to help treat the symptoms of allergy, including hay fever.

Acupressure is believed to increase the flow of natural energy through the stimulation of various pressure points and in doing so, help unblock energy pathways to the nose and throat, and promote wellbeing.

The LI-11 point can be found at the end of the crease at the elbow. Once located, simply slide the Hay-Band into position so that the button faces inwards over the pressure point, with the bands passing either side of the elbow.

The band is fast-acting and may be worn on either arm or if symptoms are acute, one can be worn on both arms. A drug-free, natural product, the band can also be put in place as a preventative.

There is no drowsiness or other side effects and the band is suitable for adults and children over the age of three, but not suitable for use during pregnancy.

Hay-Band costs £11.99 per (washable) band and is available in Northern Ireland from pharmacies nationwide including Gordons Chemists. 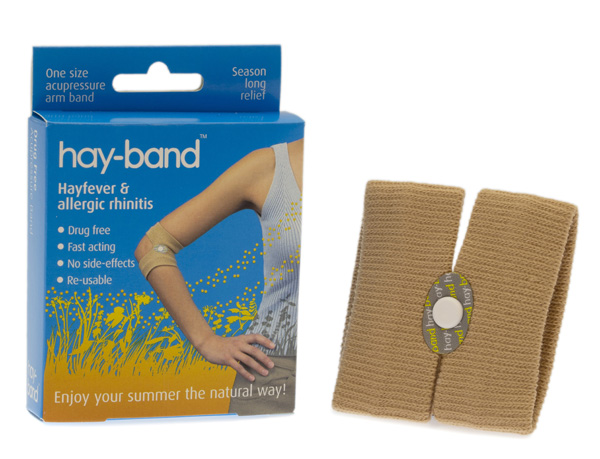